What gets us to leave our house when it’s a whopping eight degrees outside? Jewelry, that’s what. Mic Urban of Michael Urban Jewelry specializes in one-of-a-kind pieces made with rare stones and also creates limited edition collections twice a year. Inspired by his unique life between Connecticut and Puerto Rico, we can tell you right here in the first paragraph that you need to check it out!

Keep scrolling to hear Mic’s fascinating story, his process, and his philosophy. Most importantly, see what you might want to add to your own jewelry collection. 😍

Mic’s jewelry line inspired by artifacts. Challenging the idea of modern day “fast fashion” and factory-made jewelry, silversmith His pieces are handmade with techniques utilized thousands of years ago. His jewelry is made in 950 sterling silver or in 24k vermeil (24k gold plating over 950 silver).

By using Old World techniques such as lost wax casting, each creation is inevitably unique. Pieces are meant to resemble found artifacts with a 21st-century twist. He also chooses a select number of custom orders per year and does several custom wedding and engagement rings. Wowza! 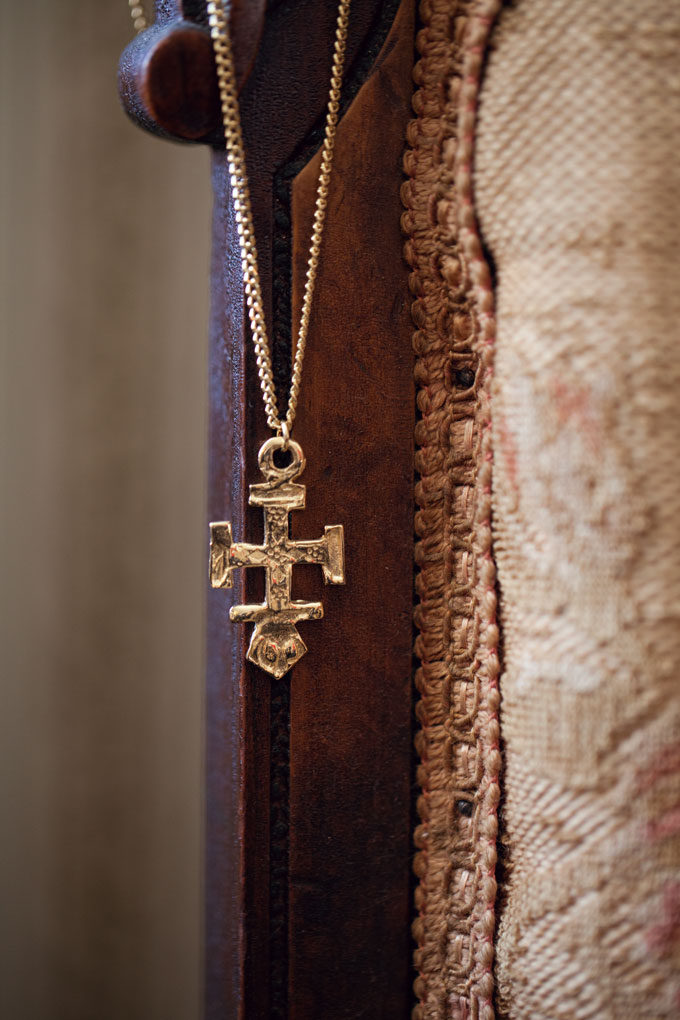 It all began in Woodbury, CT…

Mic was raised by antique-loving parents in a Connecticut farmhouse built in 1770. Check out our story on his mom and sister, the Grounded Goodwife. His family was conventional, but his upbringing was not. Realizing the importance of travel in their children’s lives, the Urban family explored the world. At one point, they moved to Brazil to become dairy farmers and open an English school. 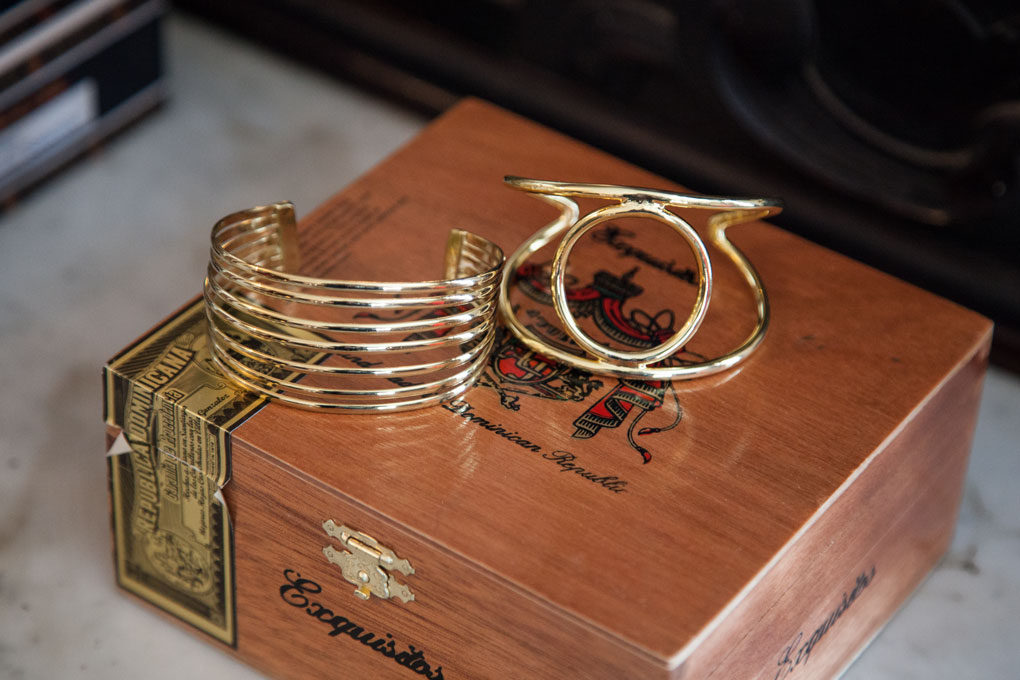 On the cover of a magazine…

Mic’s desire to perfect his Spanish led him at age 18 to Puerto Rico, where his jewelry business had its beginnings. He began to transform antique silverware that he bought at flea markets in Connecticut into wearable art in his dorm room. He started to sell fork bracelets and spoon rings between classes at the University of Puerto Rico. On his first day of selling, he sold out! He didn’t know then, but one of his customers that day was a stylist who worked for an influential style magazine in Puerto Rico. A week later, one of his jewelry pieces ended up on the cover of “Caras” on the wrist of a famous Puerto Rican artist, Antonio Martorrel. Still making all of his jewelry in his small dorm room, orders from across Puerto Rico started to come in. Luckily, nobody complained about the noise! 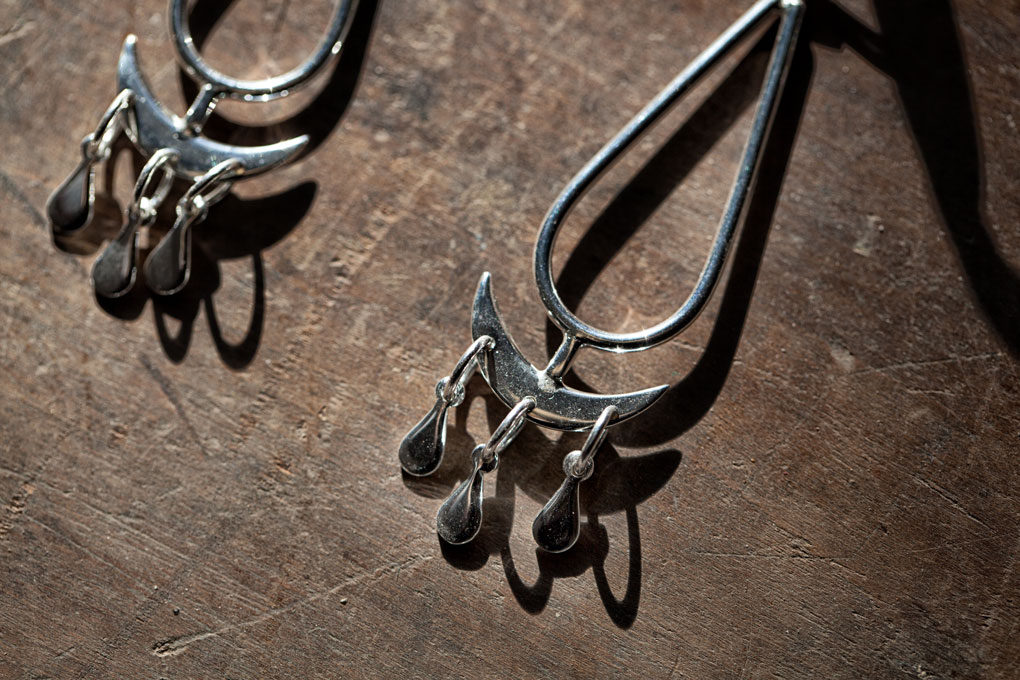 After graduating with a degree in Portuguese, he decided to dedicate himself full time to jewelry making, and his signature style developed from the dichotomy of New England and the Caribbean. Mic’s studio is in the up-and-coming Santurce neighborhood, surrounded by artists and murals. Decorated with Caribbean and American antiques, his studio is surrounded by a lush tropical garden. 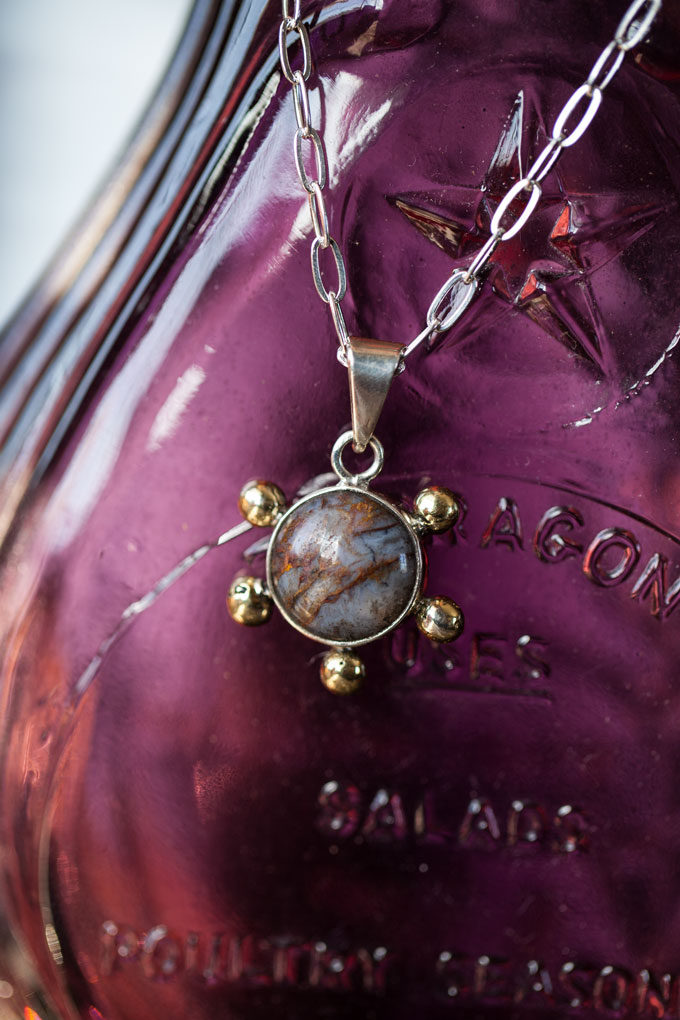 We’re so jealous he got to escape this brutal CT winter we’re having and head back to PR a couple of days after our meeting to do this feature! Go soak up the tropical vibes on his Instagram, stat!

Wishing to branch into more fine jewelry, Mic continued his studies at La Universidad Nacional Autónoma de México in Taxco, Mexico, a city known as “The Silver City” for its historic production of silver jewelry dating back to 1511. He studied under the tutelage of master silversmiths who shun machine-made, mass-produced jewelry. The university, built as a silver refinery in 1525 by the soldiers of Hernán Cortés, served as the springboard for what is today Michael Urban Jewelry. He makes almost all of his tools by hand. And Mic learned near-lost techniques such as pre-Columbian casting, used by ancient Aztecs. 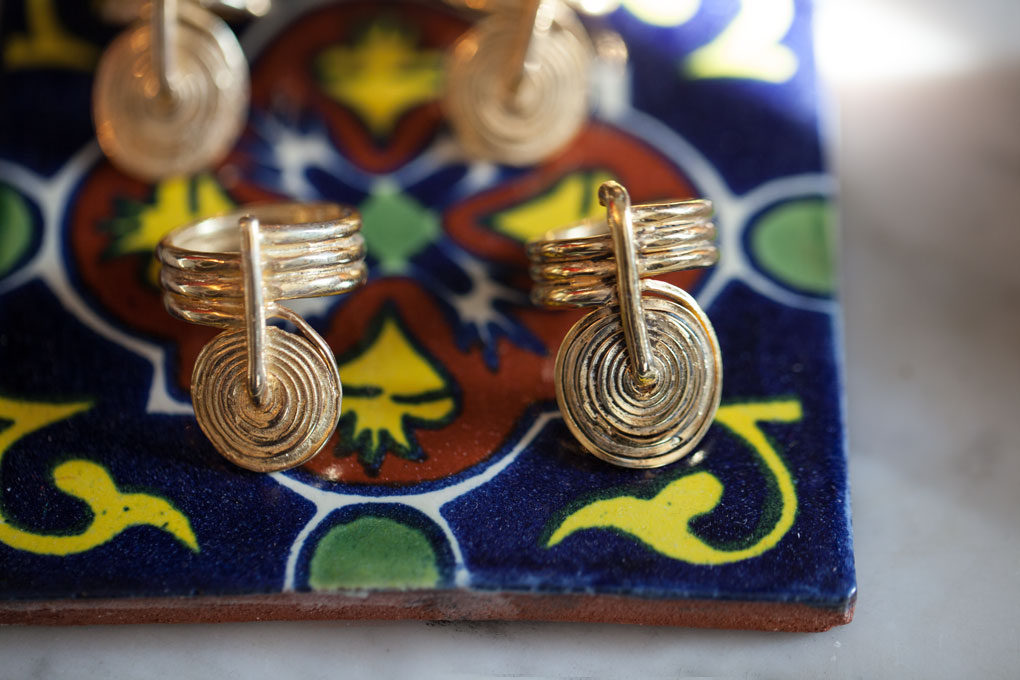 Mic’s life was turned upside down a few months ago due to the two hurricanes that struck Puerto Rico. First there was hurricane Irma, and later the even more devastating hurricane Maria, the infamous hurricane that passed directly over the island. His studio suffered water damage and most of his antique furniture had to be thrown out due to damage.

Originally wanting to stay and rebuild, the situation deteriorated quickly in San Juan. With no electricity, no water, and limited access to food, staying in San Juan became impossible. After repairing his studio’s roof, Mic was unable to buy a flight out of Puerto Rico because of the lack of internet access. Mic’s parents were able to buy him a flight, first to the Dominican Republic, and later to Connecticut, because all flights out of Puerto Rico were sold out. 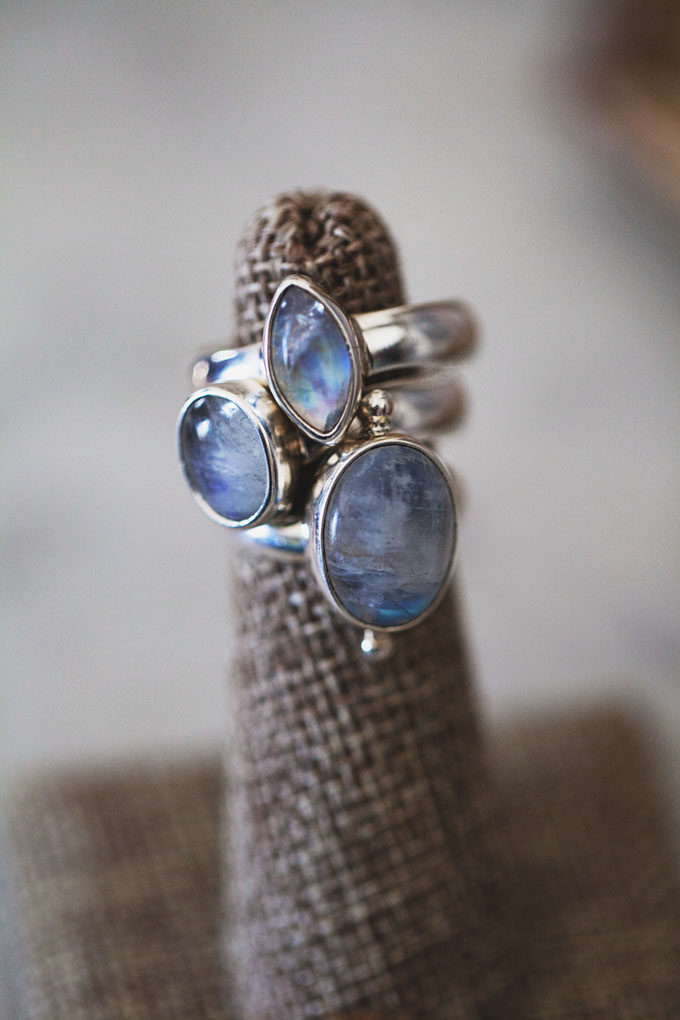 Mic has been in Connecticut since mid-October and has been selling at artisan fairs and contacting retailers in the area. His jewelry is now available locally at the Jewelry Café in Woodbury, three boutiques in Brooklyn, and four boutiques in Rhode Island. Check out his website for the full collection here.

Because of the conditions in Puerto Rico, he’s now looking more towards the United States as a place to grow his business and will be spending more time in Connecticut to sell at artisan events and more boutiques. 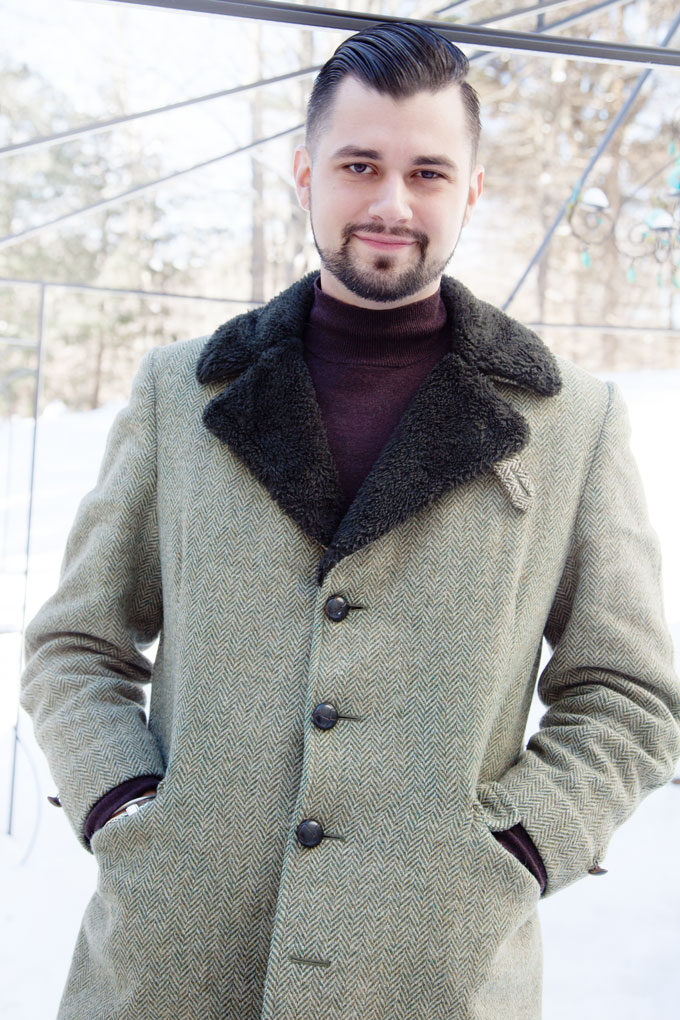 “To me, making jewelry is like playing with immortality. Fashions come and go, and fabric degrades over the years – even paintings are not immortal. The only items that can live eternally are things such as sculpture and jewelry. Jewelry from the ancient Romans and Greeks can still be worn today, and many motifs are as modern and innovative as when they were first made.” 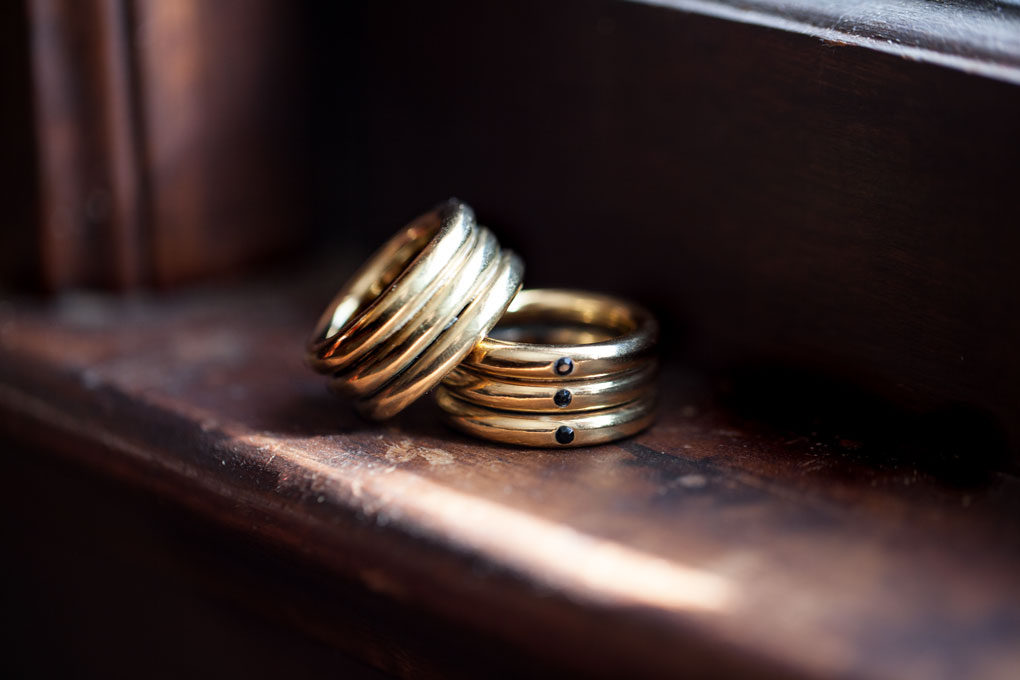 “My passion is making jewelry – and my work can live eternally because I use quality silver in all my pieces.  It can be passed down for generations. To me, there’s no greater feeling than seeing someone wearing one of my pieces. To put something directly on your body means you have to absolutely love it. Jewelry can make you feel so many different ways. It can make you feel sensual when you want to dress up – it’s that extra step in dressing up that can really elevate a look. On the other hand, casual everyday jewelry can be worn every day and becomes a part of who you are, to the point that if you wear a ring every day, you feel naked without it on. Clothing can never reach this level of personal attachment, only jewelry can.” 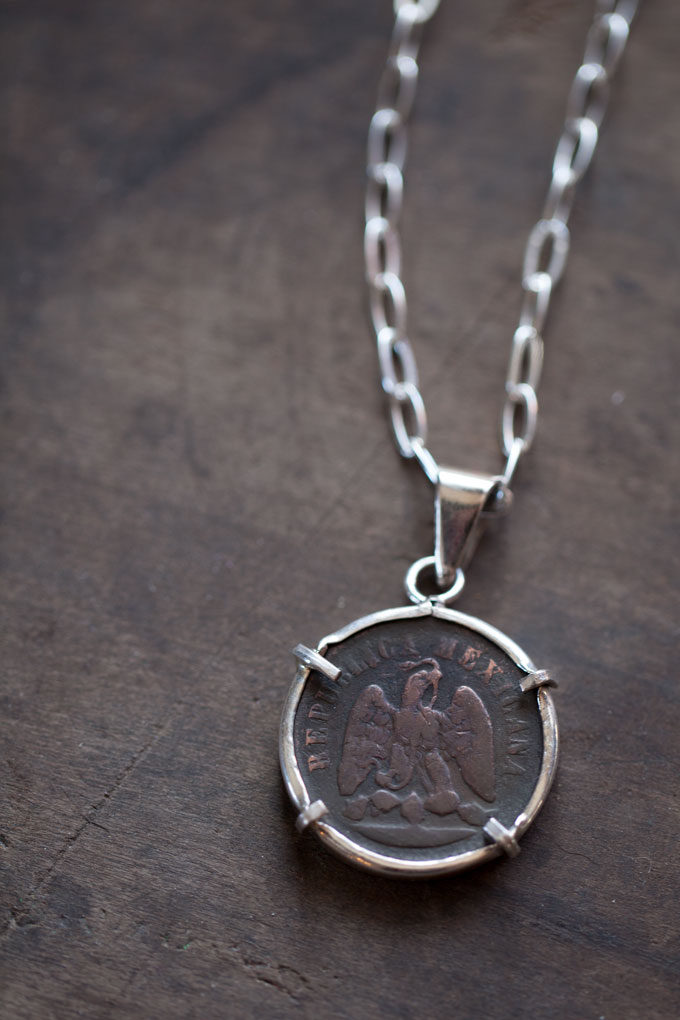 How do you describe your line?

I also try to capture the euphoria of vacation and life in the tropics. To me, there is no better feeling than being on vacation, which is essentially what I feel living in Puerto Rico. My jewelry line is inspired by the euphoria of discovery. It’s the feeling of vacation days when you have nothing to do, and everything to do. When you’re on vacation, you’re able to break away from your “real” life and enjoy pleasures that you normally would not be able to. When you wear my jewelry, I want you to be transported to a place of indulgence and empowerment! 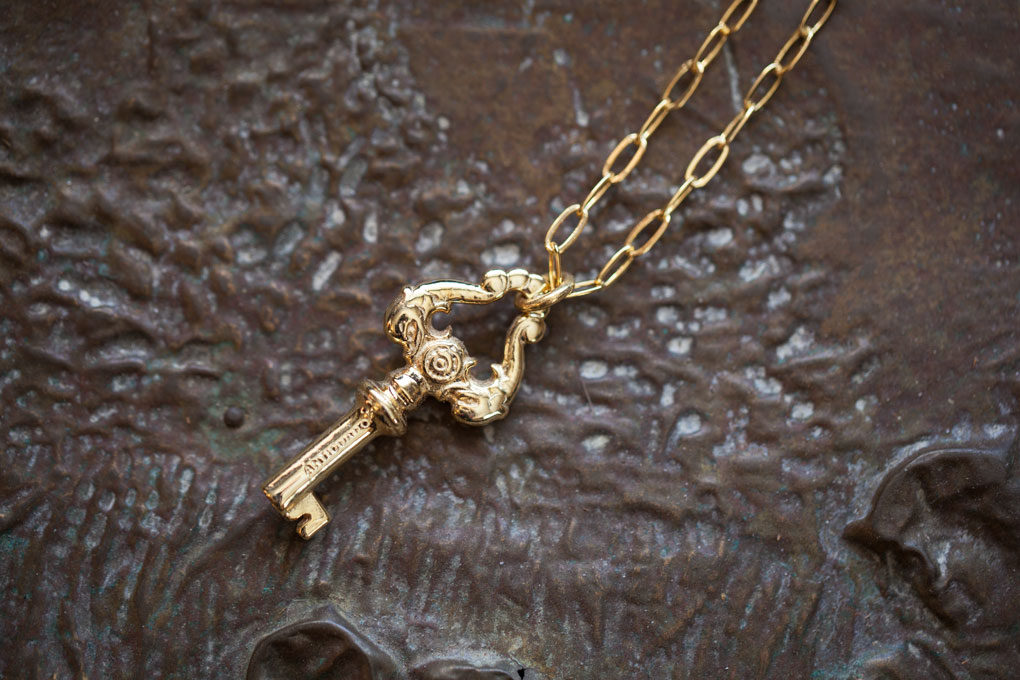 Would you like to offer our readers an UNLOCKING discount?

Of course, there were a number of pieces we fell in love with and had to have. Hello, “unlocking” key necklace! Like it was made for us! 🗝