Welcome to Unlocking Glasgow! Part 2 of our 3-part tour of Scotland…Edinburgh was last week 😉

Having spent my “formative” years living in Glasgow from age 14 to 20, we would definitely be making the city of style part of our Unlocking Scotland tour! Outside of London, Glasgow is home to some of the best shopping in the UK. And for foodies, they have quite the gastronomic and bar scene going on. Here’s 9 hours in Glasgow, and five stops you should definitely hop-off on the “Hop-On Hop-Off” bus tour!

Yes, the bus tour. With only a few hours to show Lora the general gist of Glasgow and the fact that it was raining, the Hop-On Hop-Off bus tour couldn’t have been a wiser choice. We stayed dry and absorbed some facts as we were brought to all the “best bits” on a double-decker bus. Besides our bus tour guide, we also had my friends and Glasgow experts, JellyAlien #WeegieGirl, and EatRightFeelAmazing #Kate, with us.

As I said, the weather was extremely dreich (pouring down and yucky), and not conducive to snapping a lot of pics (insert Lora crying face). Luckily, there’s plenty to do to stay dry in Glasgow, and our day ended in a cozy bar in Finnieston (the hot eating spot in Glasgow right now) where we were joined by another friend, Cee…so, we didn’t care what it was doing outside anymore. It was cocktails and catch up time!

5 Stops Worth Hopping-Off in Glasgow!

Catch the bus on George Square, the principal civic square in Glasgow named after King George III. Recognize the area? It was transformed to look like Philadelphia for the filming of a zombie versus human apocalyptic scene with Brad Pitt, in World War Z. 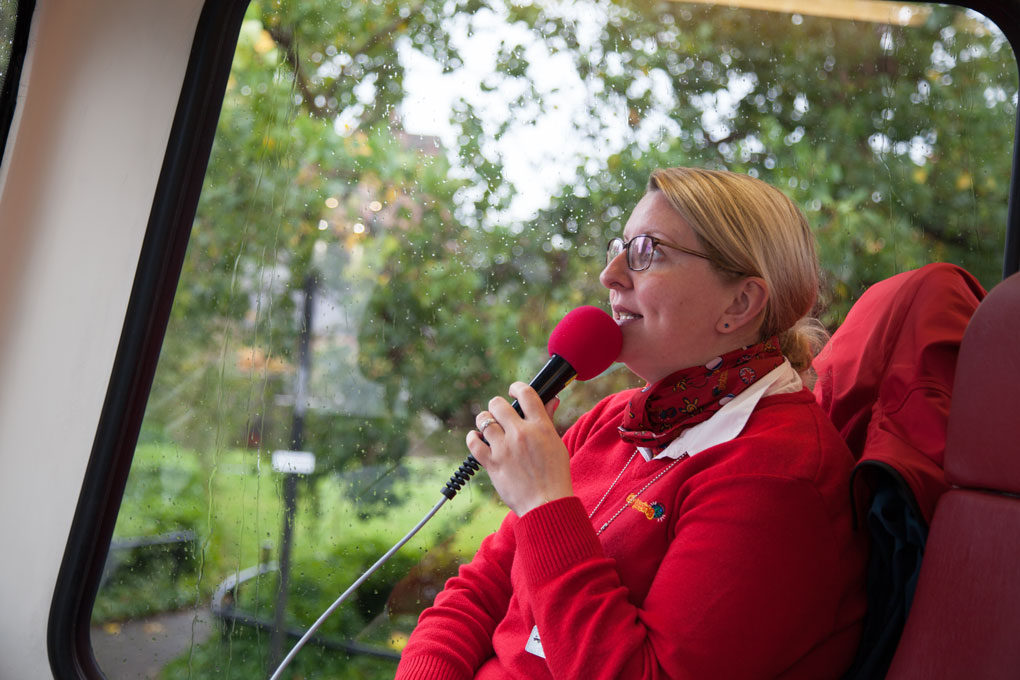 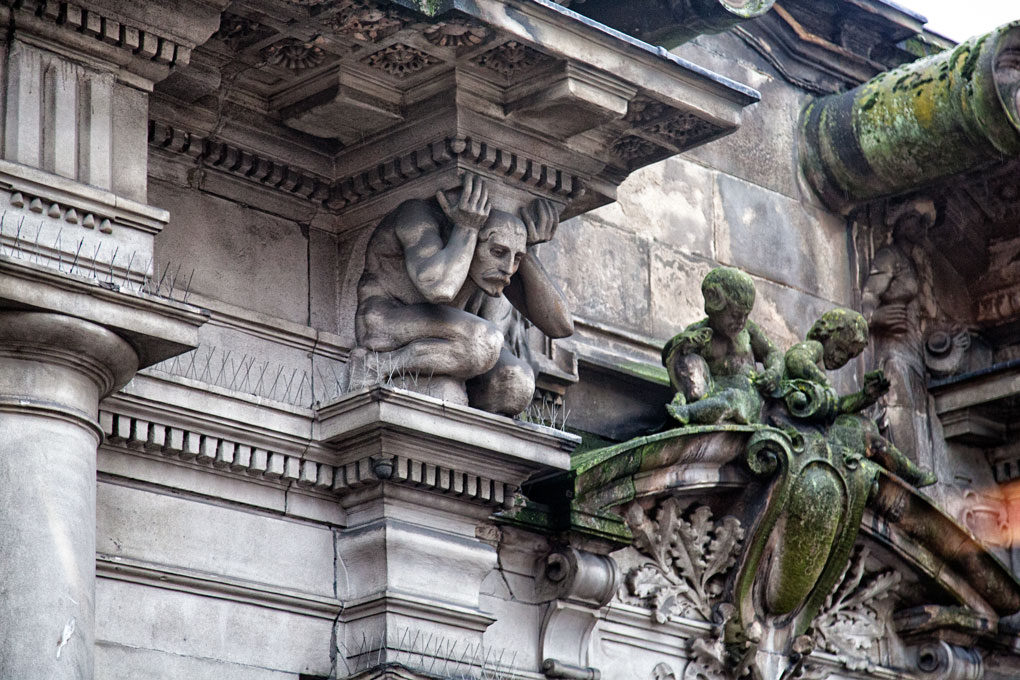 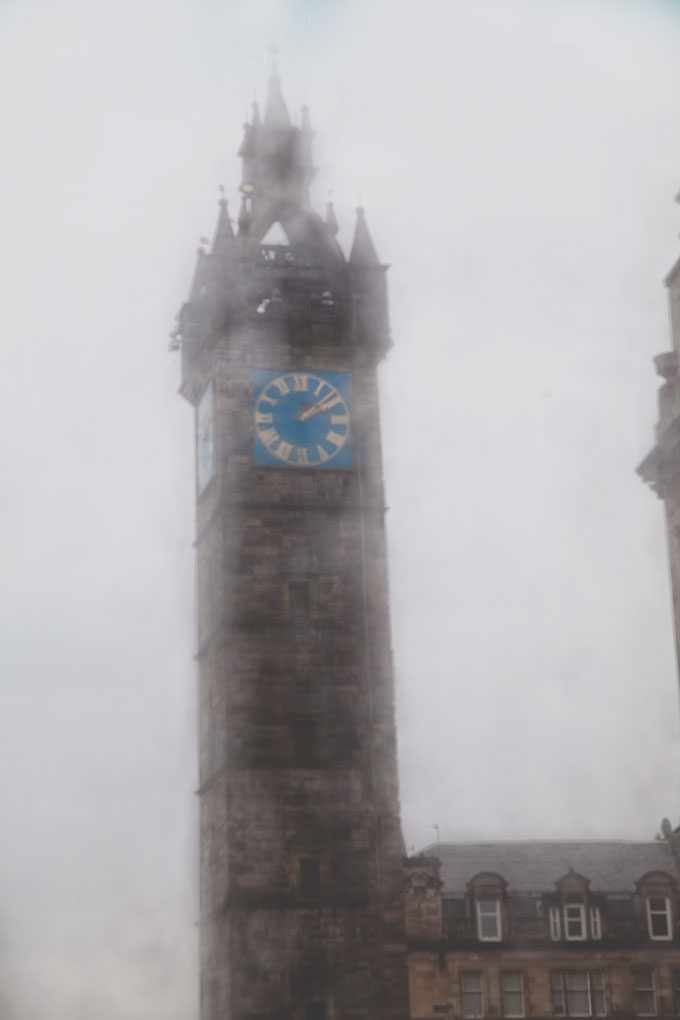 Hop off in Merchant City and explore Glasgow’s answer to Covent Garden. Once the home of wealthy merchant “tobacco lords,” the area known as the Merchant City is a great place to check out for shopping, architecture, and all around fashionable urban vibe.

Head into Merchant Square – as their slogan says, “where it never rains,” and enjoy whatever design fair is going on and any of the many independent restaurants and bars, all under one roof! 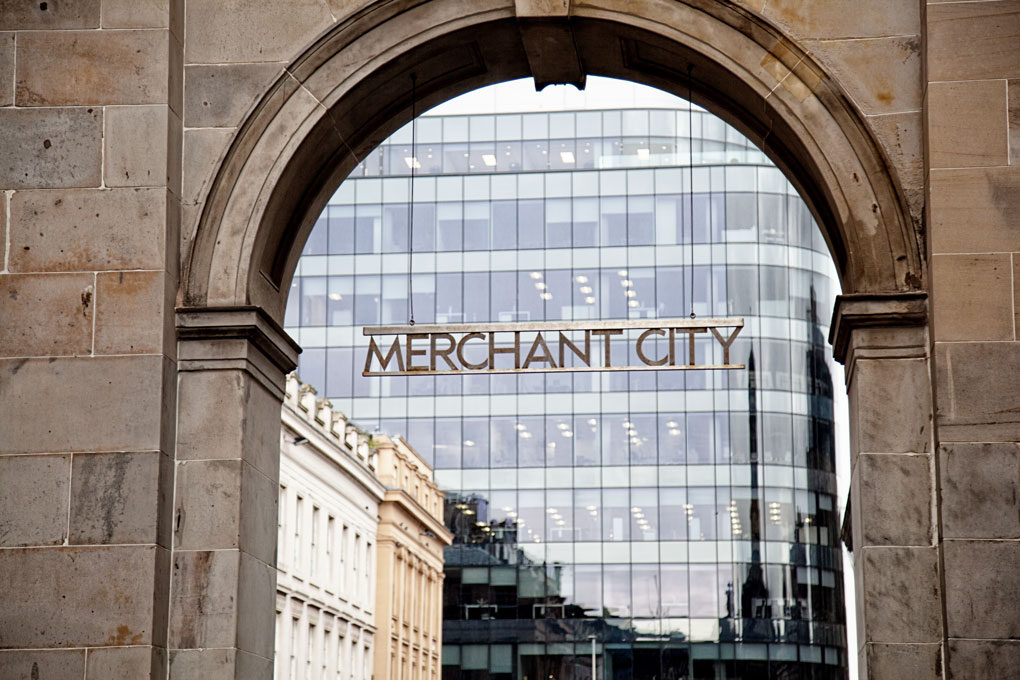 Make sure you visit the Italian Centre for some high-end shopping and a courtyard that will make you think you’ve been transported to a Tuscan palazzo! Fashion lovers: at 180 Ingram Street, find Cruise – one of the UK’s leading luxury retailers with a long-standing reputation for iconic international designer collections. Also, a store I used to spend a large portion of my college grant (oopsie). 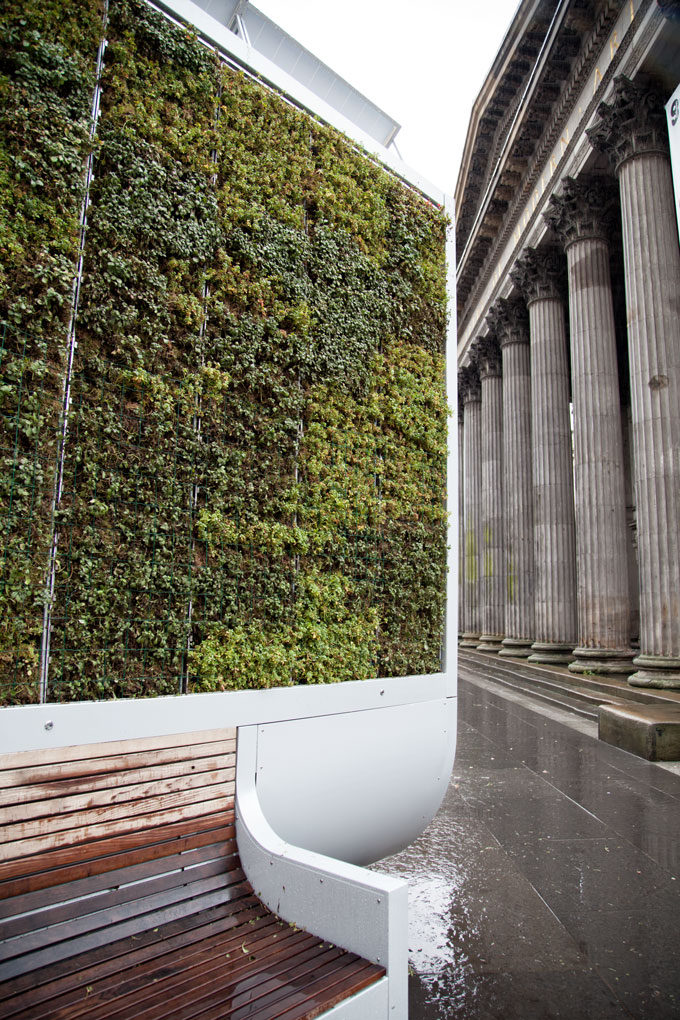 Next hop-off recommendation is the Glasgow Green. Interesting factlets: It was established in the 15th century and is the oldest park in the city. It’s where Bonnie Prince Charlie hung out with his army from December 1745 to January 1746. James Watt figured out the steam engine there. The suffragettes gathered there from the early 1870s to the late 1910s. And, it’s where many musical giants have performed, including Michael Jackson – his only live show in Scotland.

Be sure to stop in the People’s Palace, a museum dedicated to the history of Glasgow and the story of its people from 1700’s to late 20th century.

Are you ready to do some shopppping??! If yes, hop-off at St. Vincent Place. Enjoy a stroll down Buchanan Street and experience some pedestrian-friendly shopping, plus street performers like you’ve probably never seen before. Stop for tea at the Willow Tea Rooms, inspired by Kate Cranston, the famous Glasgow tea room entrepreneur, and furnished in the style of Glasgow’s beloved artist and architect, Charles Rennie Mackintosh.

Finish this hop-off stop at my all-time favorite (scatter some of my ashes here) shopping mall, Princes Square. Shop on! 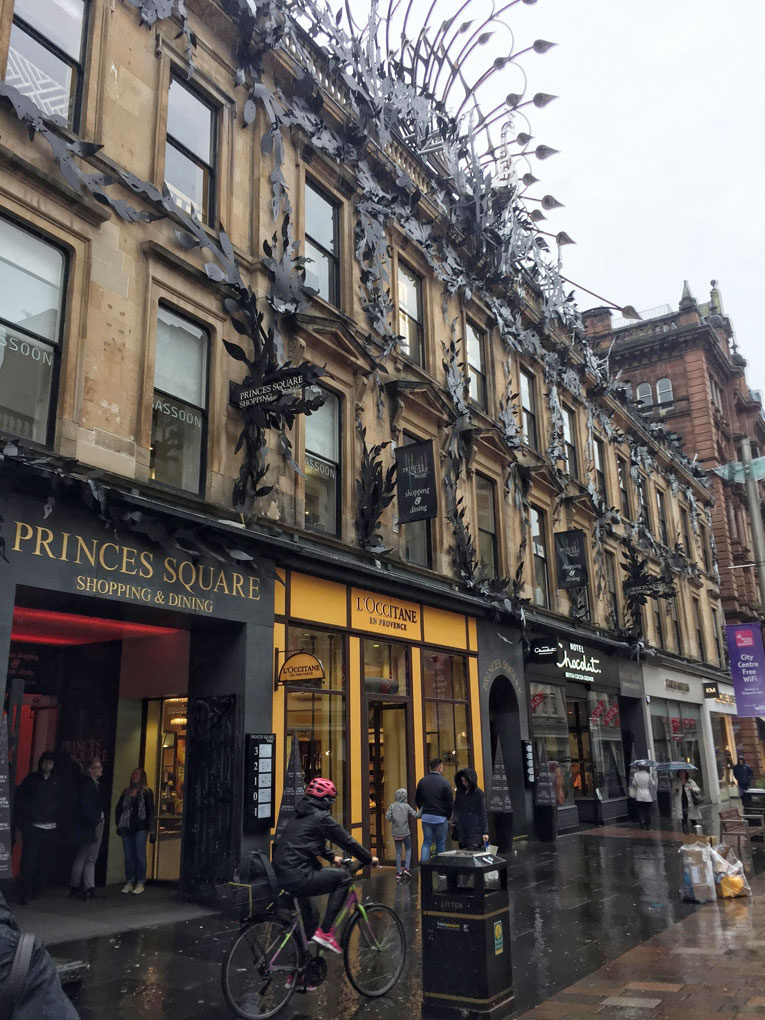 “The Kelvingrove Art Gallery and Museum houses one of Europe’s great art collections. It is amongst the top three free-to-enter visitor attractions in Scotland and one of the most visited museums in the United Kingdom outside of London.” It has 22 themed galleries including; Scottish art, Charles Rennie Mackintosh and the Glasgow style, and Scottish history and archaeology to name a few. We arrived just in time to hear the Kelvingrove organ being played at 3 PM on a Sunday. 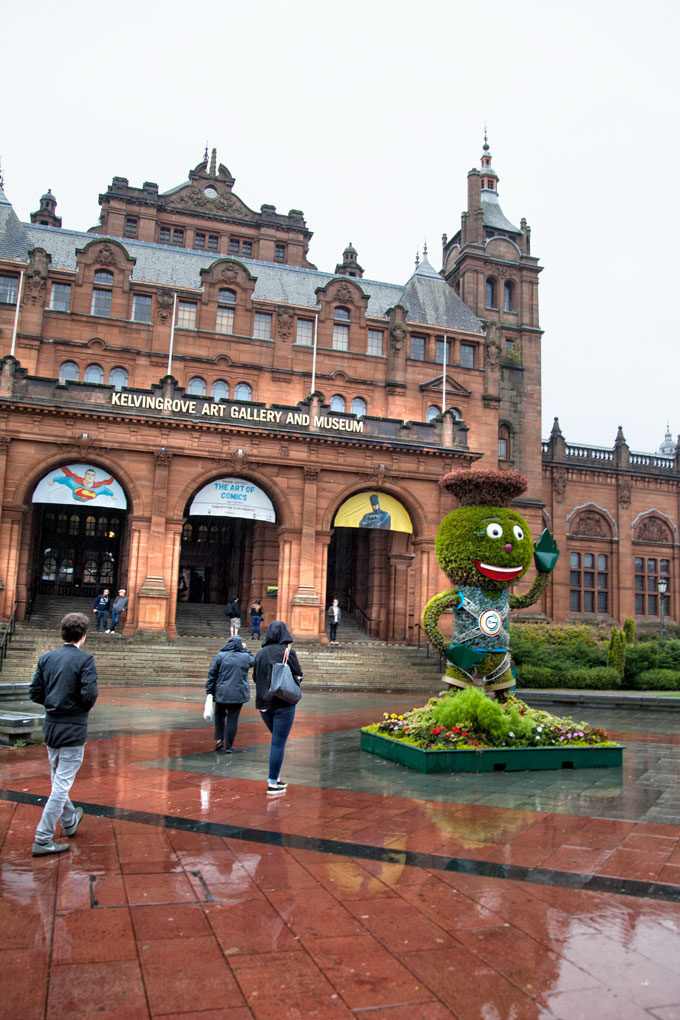 Foodies, hop-off in the Finnieston area of Glasgow! Actually, you’re already there if you hopped off for the Kelvingrove Art Gallery. Now you can stroll over to Argyle Street and beyond to hit a couple of bars and restaurants. Food crawl!! We stopped at Firebird (a bar/café/med bistro) for Aperol spritzers, garlic bread, and chickpea chips. Strange combo? Maybe, but delicious!

Walk that off to get to Kelvingrove Café (restaurant/cocktail bar) where our new obsession with halloumi cheese began. We have since come home and searched for halloumi in stores and restaurants. Not so much over here! We’re starting a campaign to ask our local chef friends to please get halloumi on their menus. We enjoyed truffle mac + cheese, smoked mackerel Nicoise salad, and halloumi fries. Then we tried to ask for a doggy bag but no go. Taking home leftovers has never caught on in the UK. Don’t know why!

An even bigger food crawl? Try these places – they come recommended by the Glasgow girls! 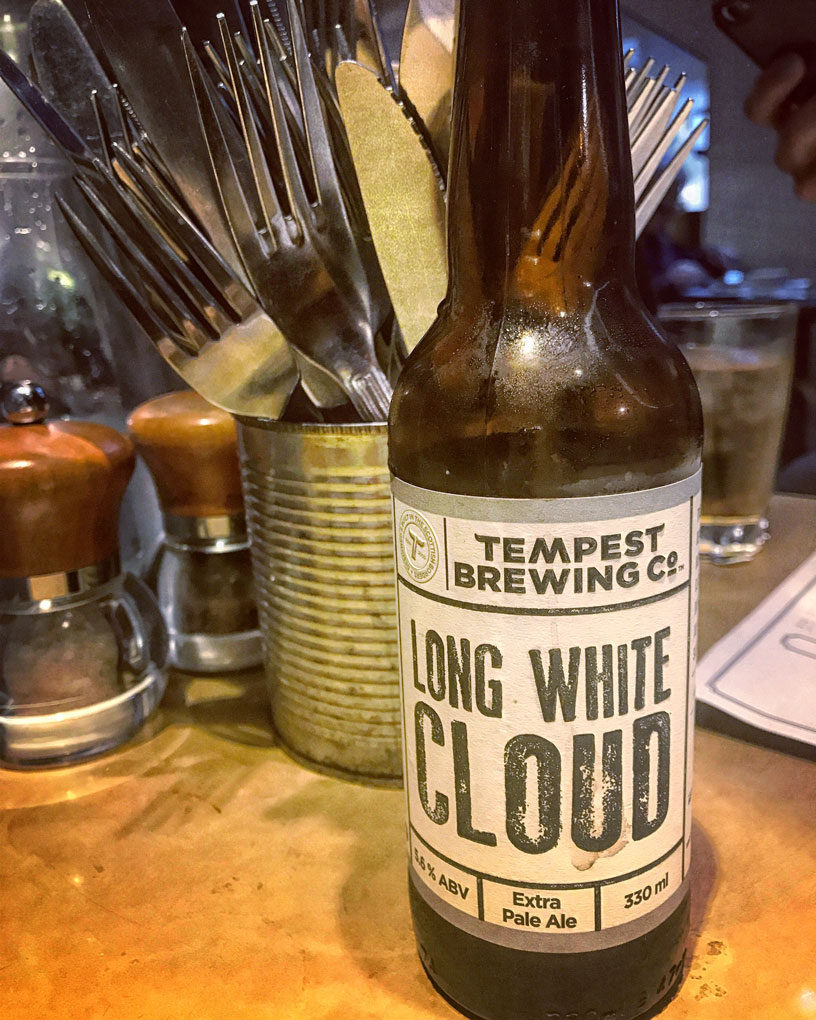 The last hop-off on your culture tour is The Glasgow School of Art, internationally recognized as one of Europe’s leading university-level institutions for the visual creative disciplines. It’s also an amazing building to visit and the Mackintosh at the Glasgow Scool of Art tour shouldn’t be missed. Get your fill of Charles Rennie Mackintosh and buy the calendar! 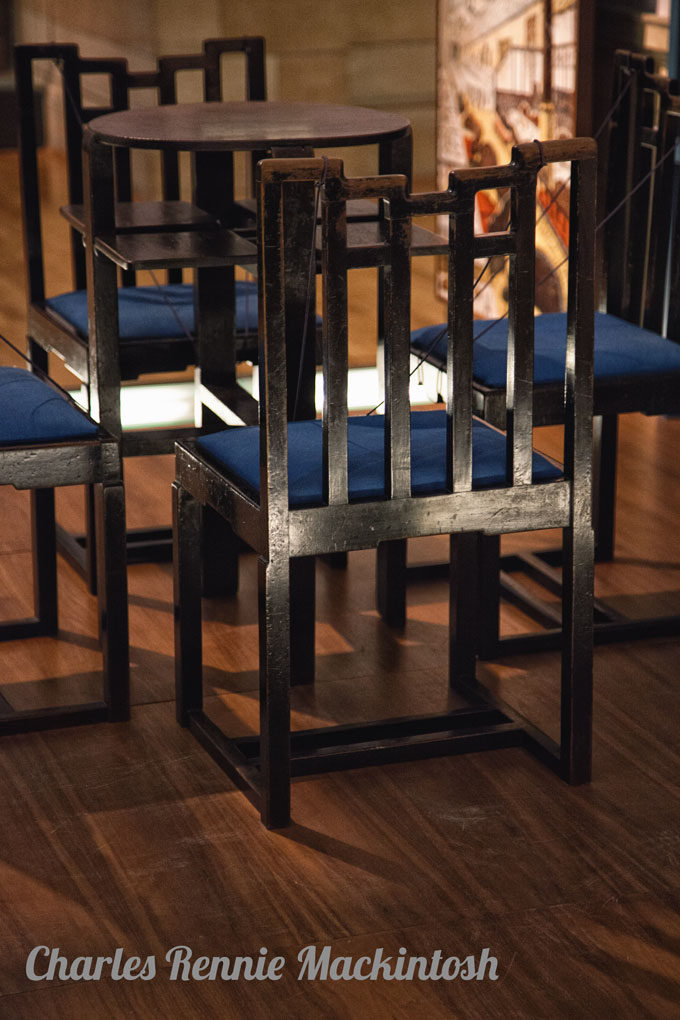 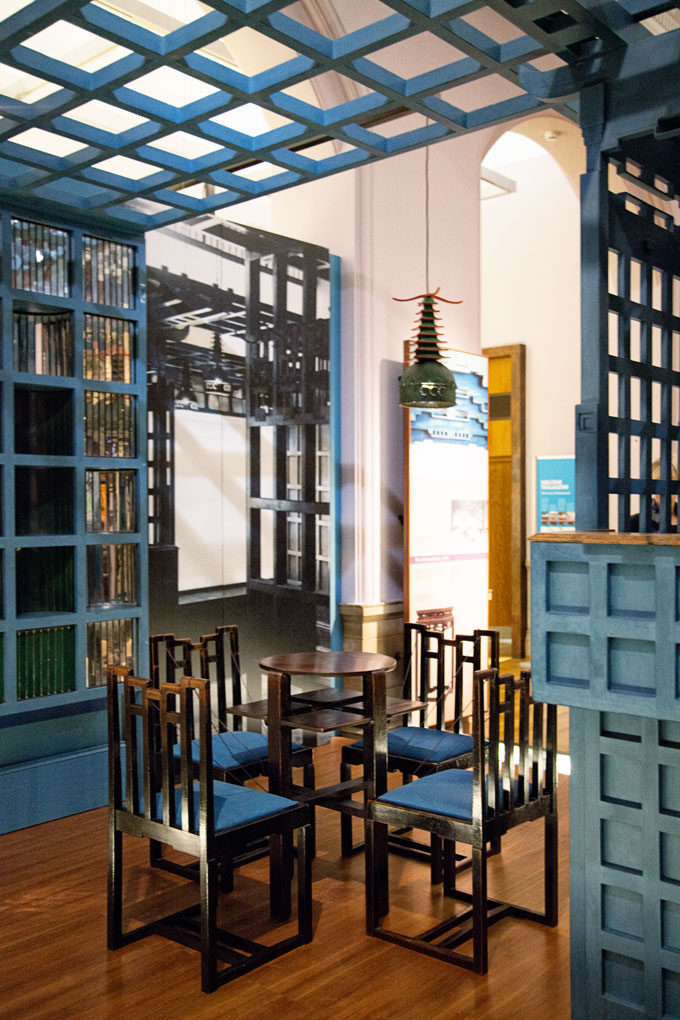 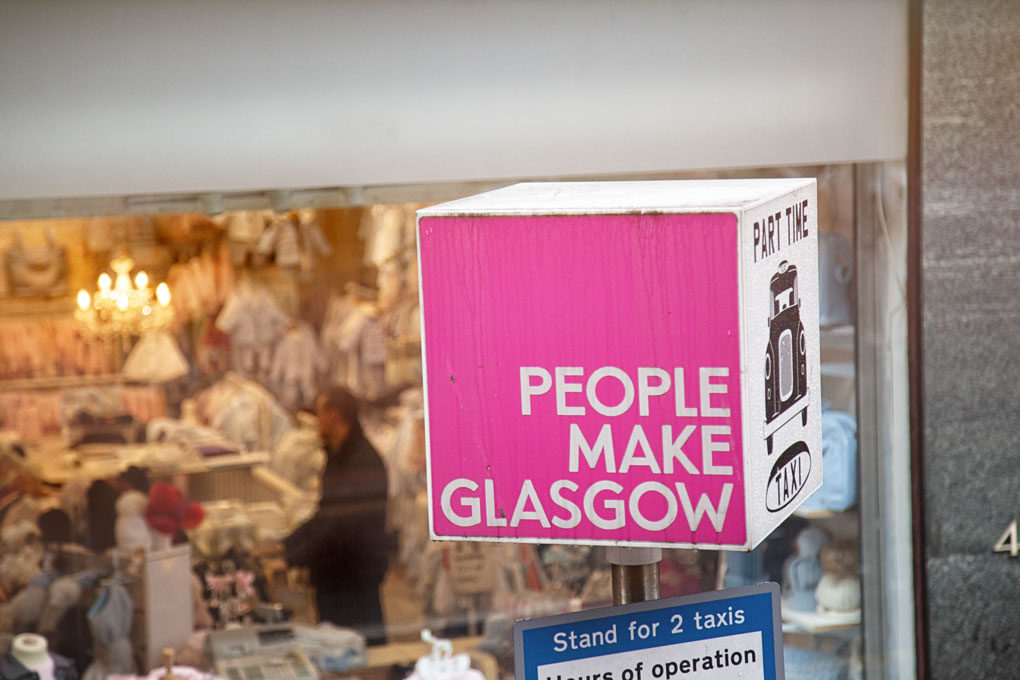 That was Glasgow! Never enough time, but we had to rest up because the next day we were headed north, into the countryside to the Trossachs and Loch Lomond! Start practicing your achhhs, and your occcchs and read all about it next week!