We were long overdue for an artsy afternoon and felt it was high time we stopped by the W. David Herman Gallery in Kent. We’ve admired those shimmering stainless steel sculptures from afar for long enough (the gallery is a few doors down from SoDelicious bakery). It was time to pay the artist and gallery director, David and Eileen Herman a visit.

The other reason we went to visit W. David Herman Gallery was that David’s wife Eileen wrote to us so passionately about her husband’s work, we couldn’t resist.

“The ideas bursting out of his brain are from a lifetime of extensive reading, world travel, personal joys, and tragedies. From the love of music, science, philosophy, and history, to the expression of man’s most evil potentials, he is compelled to tell it in his own way.” 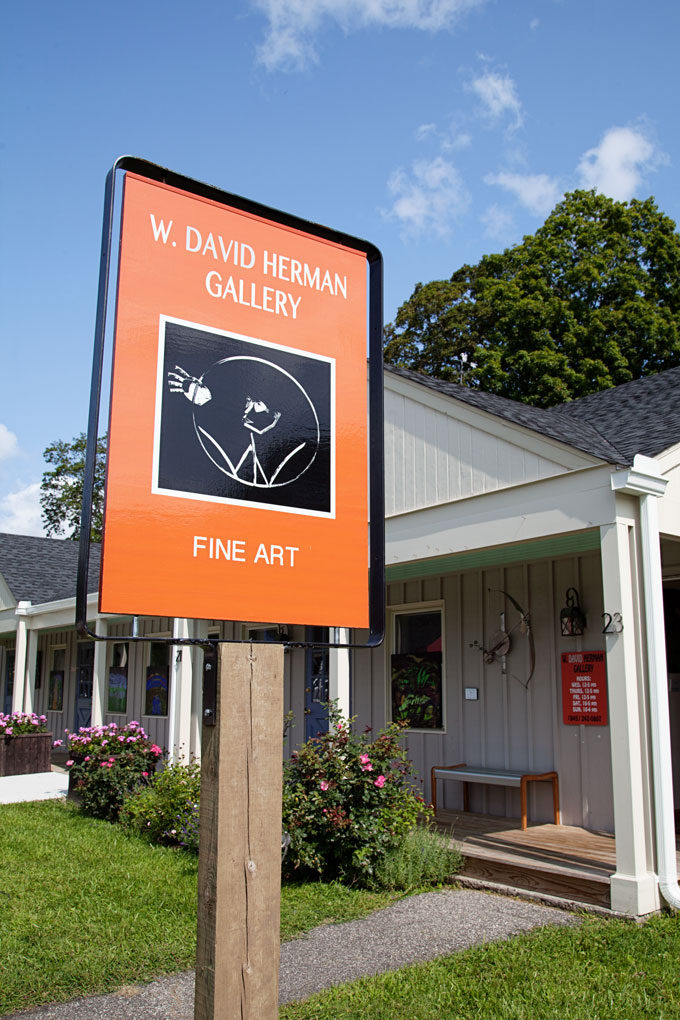 What you can expect.

W. David Herman original stainless steel art can be enjoyed outside and inside the gallery, lining the walls mixed with paintings from local artists, and colorful furniture. David’s work can be described as Philippe Starck meets Andrew Wyeth meets Georgia O’Keefe. (So they told us; we didn’t just become art scholars!) The gallery creates and markets original artwork made predominantly of stainless steel.

We got Eileen to talk about her husband while we got David to talk about his work. See what we did there? Although everyone interprets artwork individually, it was really nice to have David tell us exactly what’s going on in each piece. David explained, as he showed us around the studio, that his pieces are meant to be looked at many times and viewers should still be discovering new things years later.

We both wanted to be sculptors and we thought what better place to start than at Tallix Art Foundry, the renowned Art Casting Facility of the Northeast used by all the most well-known artists of the time including Frank Stella, Isamu Noguchi, Jeff Koons and Nathan Rapoport, to name a few.

David was a metal worker and I was a wax maker who wanted to be a metal worker, so every day at lunch time I would go into the metal shop and scope out the station with the best tools to use. I soon honed in on one workstation. That workstation belonged to W. David Herman.

After meeting at the Tallix Art Foundry in Peekskill, NY in 1986, we began selling artwork in 1988 in galleries in New York and Oregon. From 2005 to 2015, we participated in various Art Expos from North Carolina to Toronto. In 2014, we opened our first gallery in New Milford, CT. And in June of 2016, we relocated to Kent, CT.

The artwork is the personal vision of David Herman (with influences from me who he consults on certain aspects of design and content). The art is David’s expression of his interpretation of the human universe of experience and emotion through form and motion using his natural aptitude and training in engineering, love of the metal stainless steel, and an enormous compassion for our world and the entities that inhabit it. 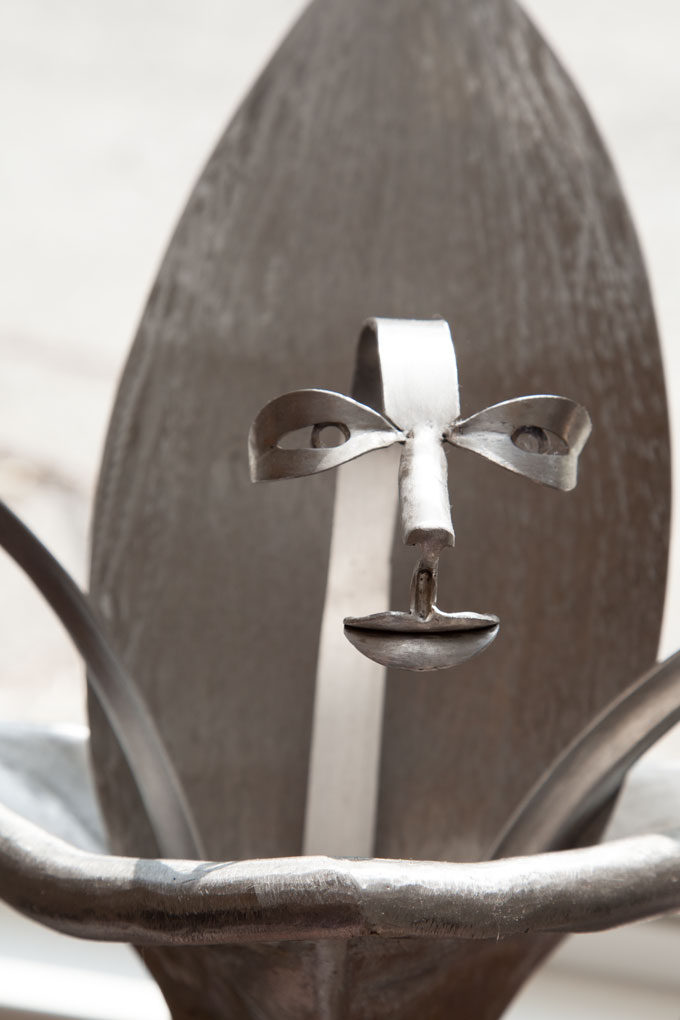 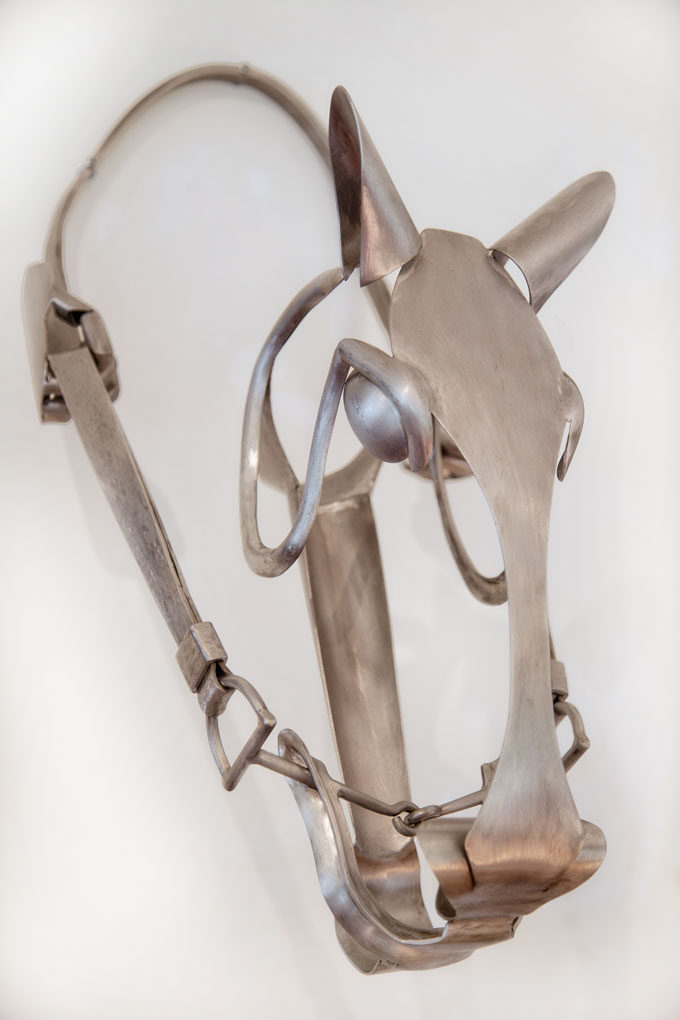 At his first job in the art field at Tallix Art Foundry, David was one of the skilled final finishers of many well-known sculptors such as Frank Stella, Willem De Kooning, Tom Otterness, and Nathan Rapoport. He worked on the very first sculptures by Jeff Koons. 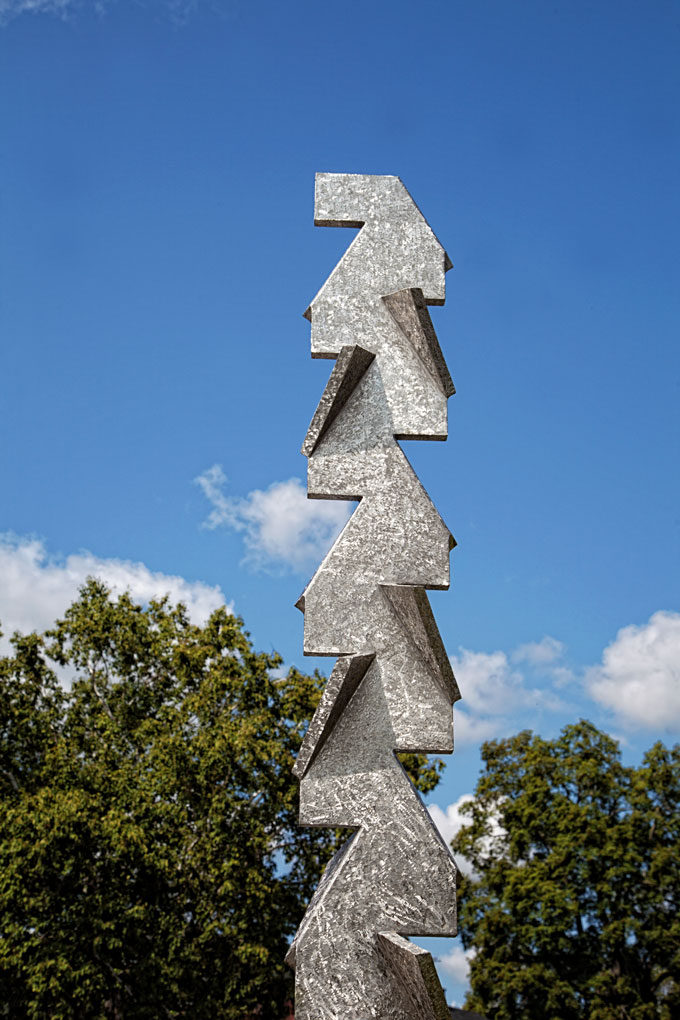 Throughout history, societies have long been defined by the art they leave behind. It is our hope that folks will recognize the importance of these works and find within them symbols and images that personally speak to them so that they may adorn their homes and places of work with the contemporary art of W. David Herman. 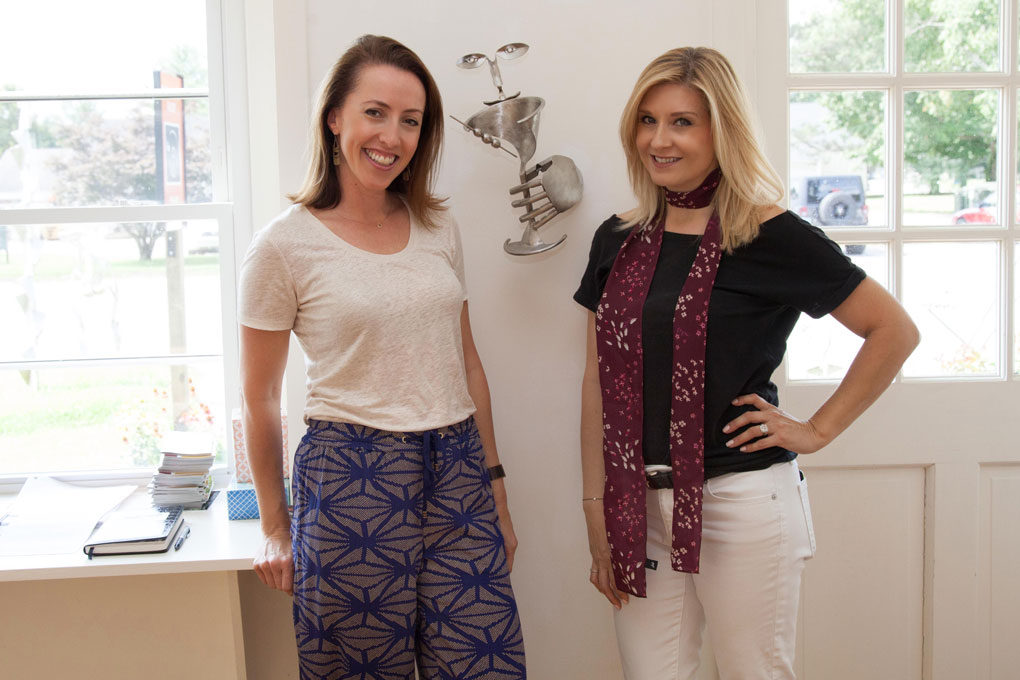 Us, with “Three Olive Martini.”

Make sure you stop by the gallery next time you’re in Kent! Tell us your favorite!