We do so love a great entrepreneurial success story. Especially when the story involves two inspiring and ingenious women and shoes. Monica Ferguson (Greenwich native) and Becca Brown are the founders of Solemates – a company that came up with a way to save our high heels!

Ever had that daydream of inventing some kind of lifehack “thing”? “I’m going to make and sell this “thing” that nobody else has thought of yet.” Usually followed by, “I’ll have my own company selling this “thing” and I’ll be wildly successful!” Well, friends and co-founders Monica and Becca acted on that dream and started their own company, Solemates. They also charmed the judges on Shark Tank with their invention, the “High Heeler.” 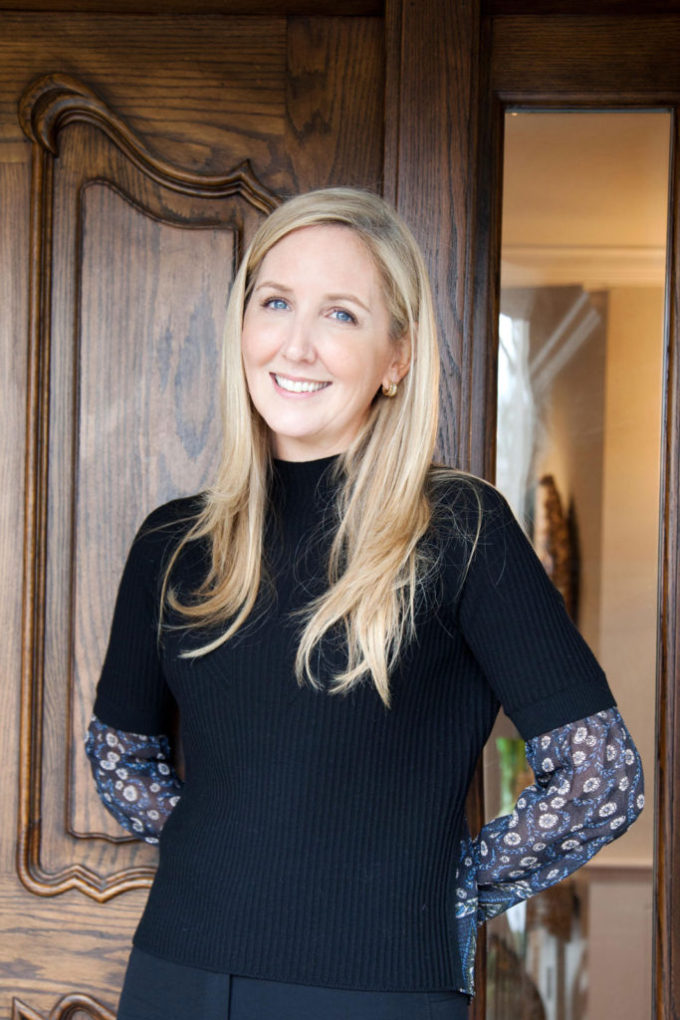 We sat with Monica Ferguson at her childhood home in Greenwich. Unfortunately, Becca was away in Vegas at a trade show. Just like us, Monica and Becca are friends and business partners who work on their passion project together and divide and conquer.

The company began in Old Greenwich, moved to NYC, and has just recently settled into its new home in Port Chester. 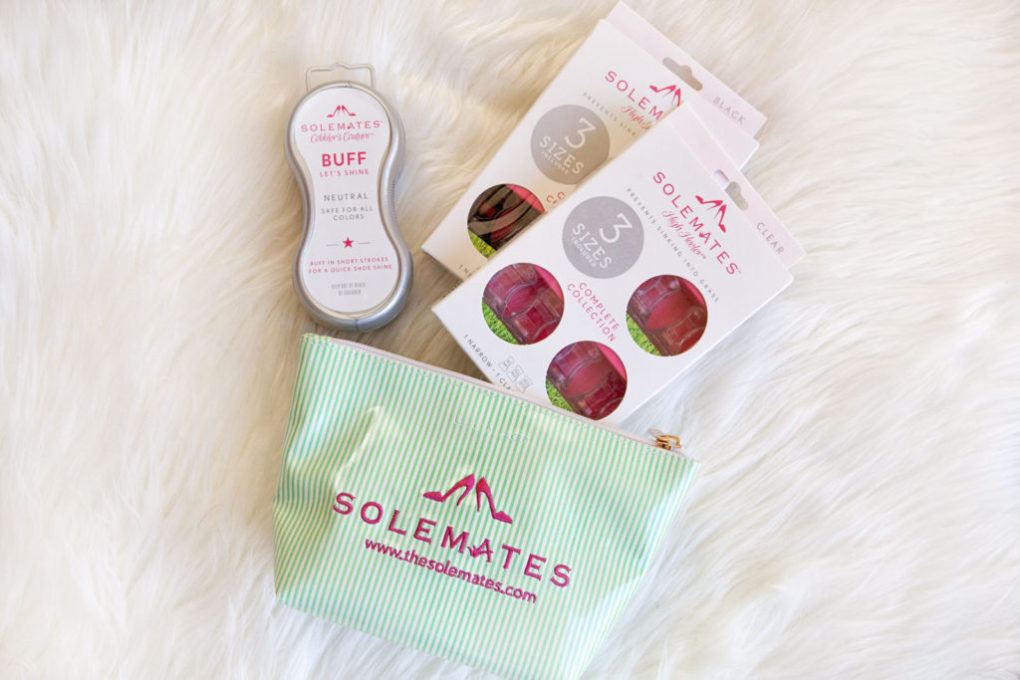 The “High Heelers” were the first product Monica and Becca produced and sold.  The line has now expanded to a great array of super cute shoe care products and gift collections, with a feminine touch. 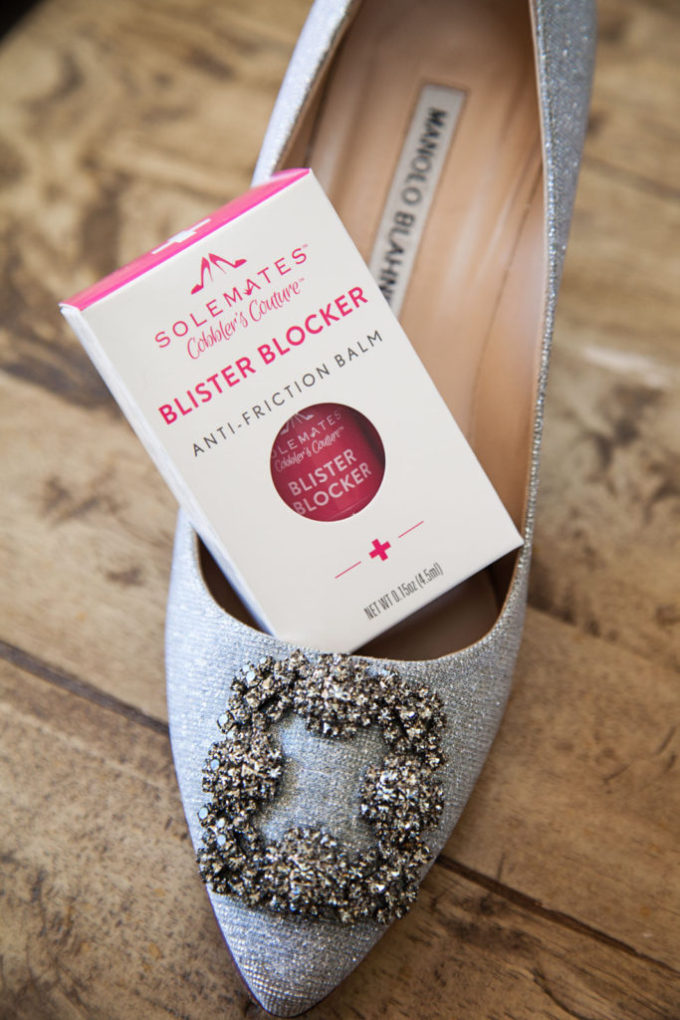 Ask any bride if they know about Solemates and the answer will probably be yes! Sold in many bridal stores throughout the states, Solemates sell a must-have collection of accessory items that are vital for any wedding. You may remember them from “Lora’s Wedding” blog post! 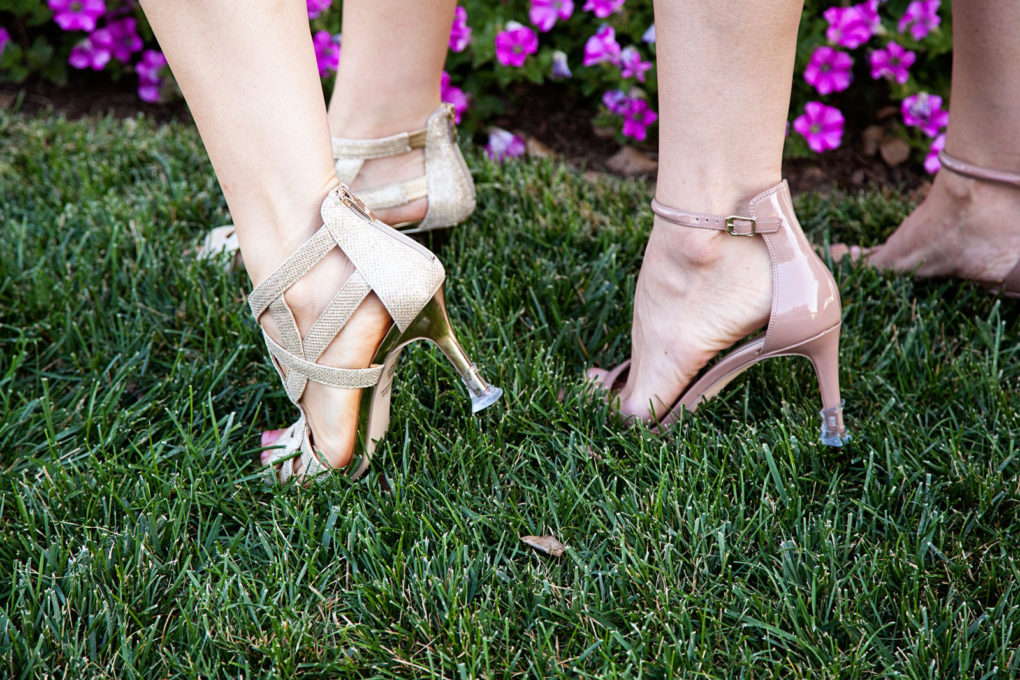 How did you meet Becca?

Becca and I met at Goldman Sachs, both of us working as financial analysts right out of college. We met in passing. Eventually, we both went to graduate school at Columbia.

How did you come up with the idea for the High Heeler?

We were taking a class called Entrepreneurial Finance at Columbia. I needed a business plan for my final exam and Becca had dozens of ideas, so I turned to her and asked her for one! She said, “Why is there nothing to put on a high heel to prevent it from sinking into the grass at weddings?” At the time I was going to a lot of weddings and all of my shoes were ruined!

So, we began researching it, wrote a business plan, and fell in love with the idea of it.

And then you both ended up back at Goldman for about a year before quitting your amazing jobs to follow your dreams of selling the High Heeler? Brave!

We both felt like there was something else we should be doing. Thankfully, we resigned in a really well-advised way. We were encouraged to go into the senior partner’s office to tell him what we were thinking. It was one of the best pieces of advice I’ve ever received. They were an entrepreneurial firm and encouraged us to pursue something entrepreneurial. He told us to go for it, but also told us if it didn’t work out we both still had a place at the firm.

Who had the idea to go on Shark Tank?

Becca has long been a massive Shark Tank fan. We got an email from Columbia asking all alum if they wanted to audition for Shark Tank. It seemed like a no-brainer!

And how did that go?

Our audition video was so embarrassing. It was so bad. We didn’t hear back for a long time until somebody finally suggested we email and let them know how much we wanted on the show. We did it, and the producer called 20 minutes later. They were willing to give us another chance!

Going on the show was a unique experience. We had a small turf surface built with a picket fence and had ordered yellow mules for all the “sharks”. We put a Solemate High Heeler on one heel and not on the other, and then had them all come up and try it. Mark Cuban wouldn’t do it, but the others did.

How did negotiations go? Did you get a deal?

When we were offered our floor, we took it!

We see from your Instagram that some pretty great celebs are wearing your High Heelers!

Yes! And it’s 100% organic that it happens. We’re not sending them. 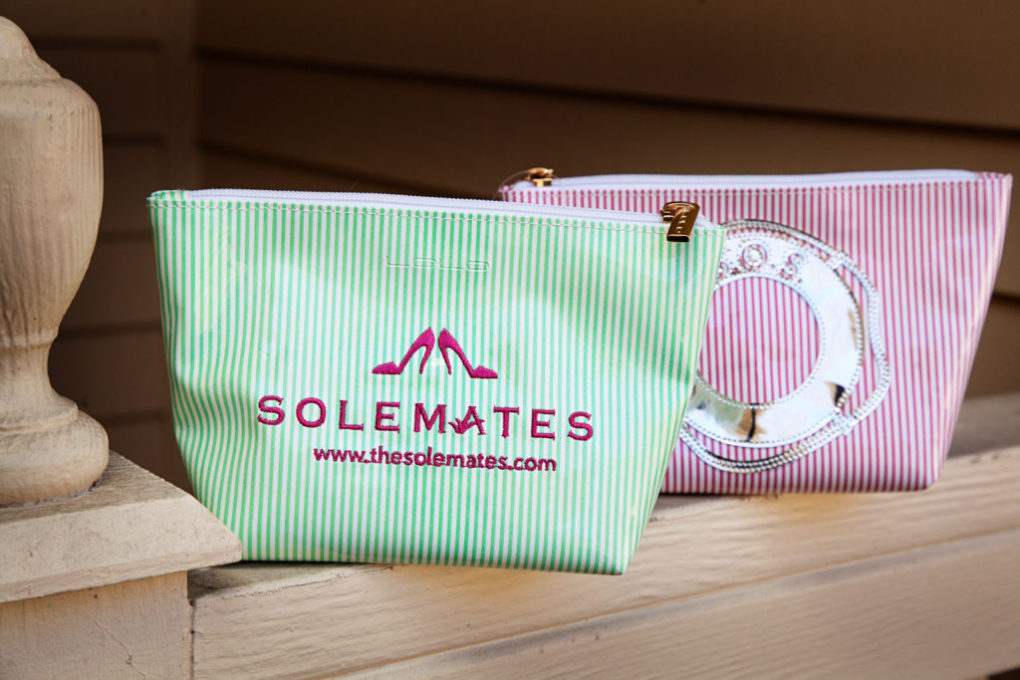