The 19th annual Tea for Two Hundred garden party, benefiting the Interfaith AIDS Ministry of Greater Danbury and the Gunn Historical Museum of Washington, CT, was a pretty hot and steamy affair…

At 94 degrees and 76% humidity, we did our best to look cool, composed, and unwilted, alongside all of the other guests in attendance! Thankfully, the dress code for this renowned event (hosted at Gael Hammer and Gary Goodwin’s beautiful home in Washington Depot, and sponsored by Eileen and Brian Riano) is to wear white. The invite also recommends wearing an eclectic hat (just in case one might want to take part in the hat contest). Check and check! 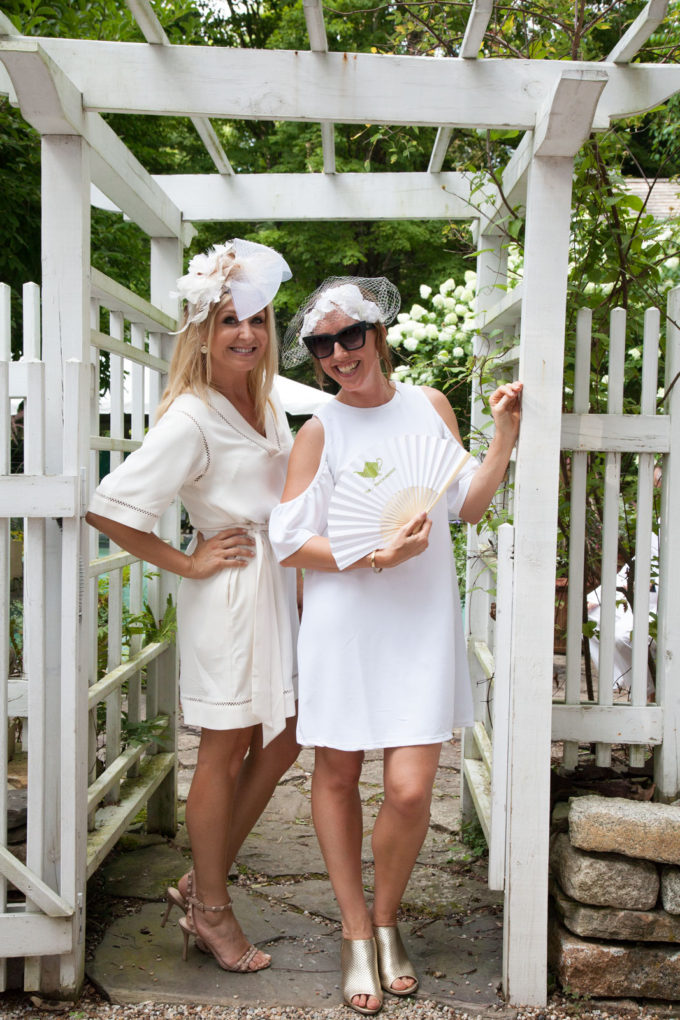 We were very grateful for the paper fans and Champagne that were handed to us as we exited our icy cold VIP shuttle 😉 Yes, did I mention this was the event of our dreams? 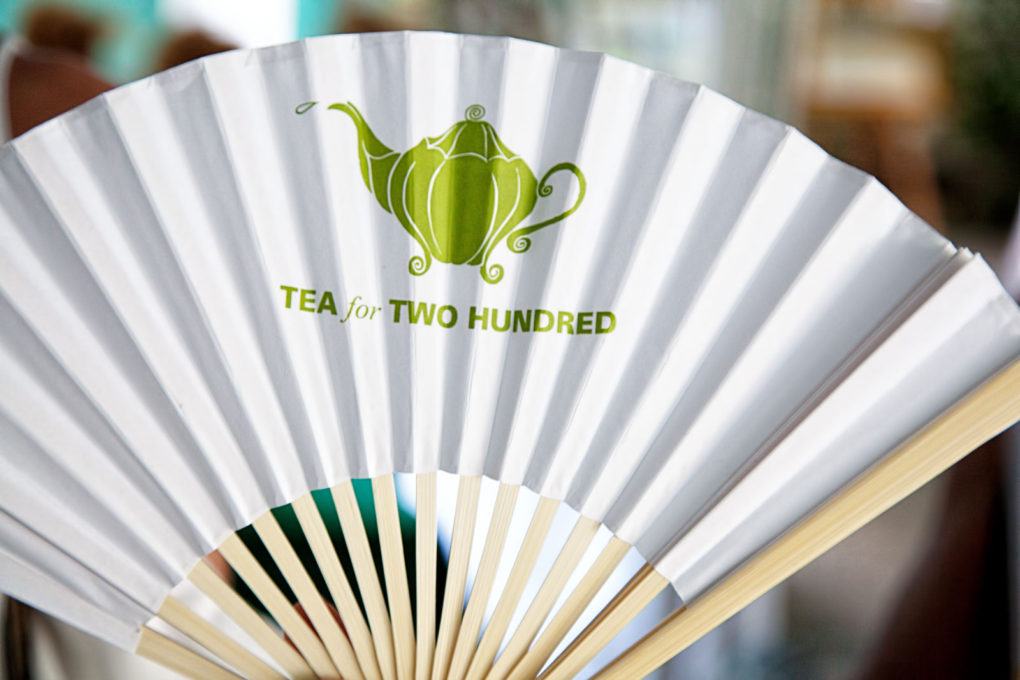 Legendary “Beehive Queen” Christine Ohlman (once a Saturday Night Live band vocalist) and Rebel Montez were our musical entertainment for the evening. We were prepared to dance, even if it meant sweating that little bit more. Five minutes into the evening we had given up on trying to hold back on “glistening.” We also enjoyed watching George Schoellkopf and the Hollister House Garden being honored. 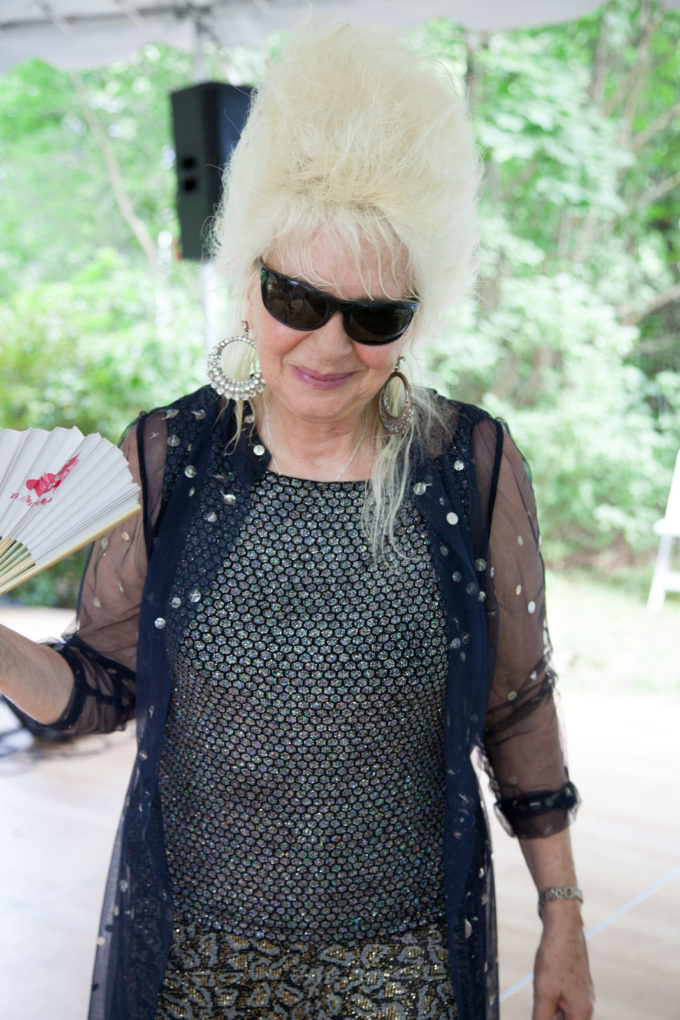 Every garden area had some nice attraction. For example, an outdoor bar, serving up fresh cucumber lemonade, iced tea, wine, and Litchfield Distillery gin and bourbon. 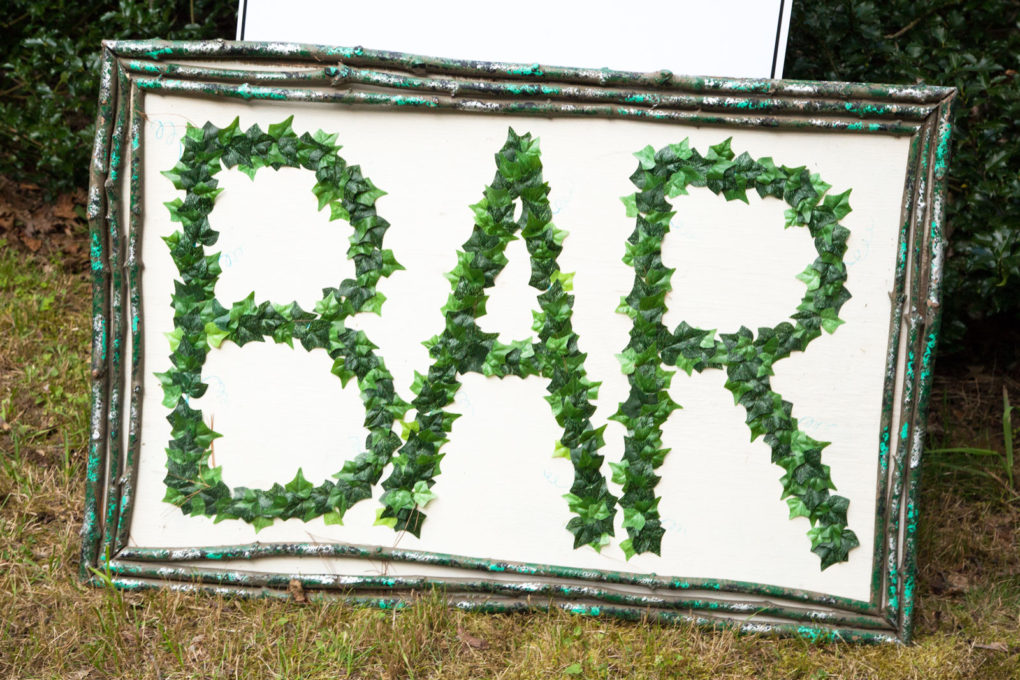 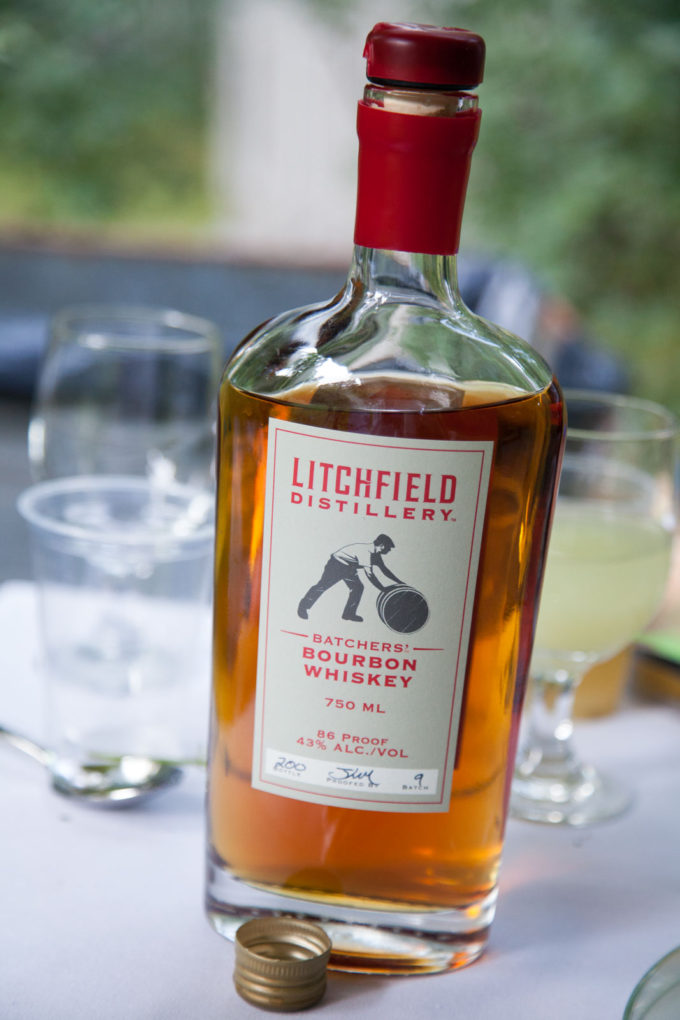 The representation of local businesses donating items for the silent auction was off the charts! Some amazing products and experiences were being auctioned, and once again we were too busy blogging to make a bid. One of these days we’re coming home with an African safari! 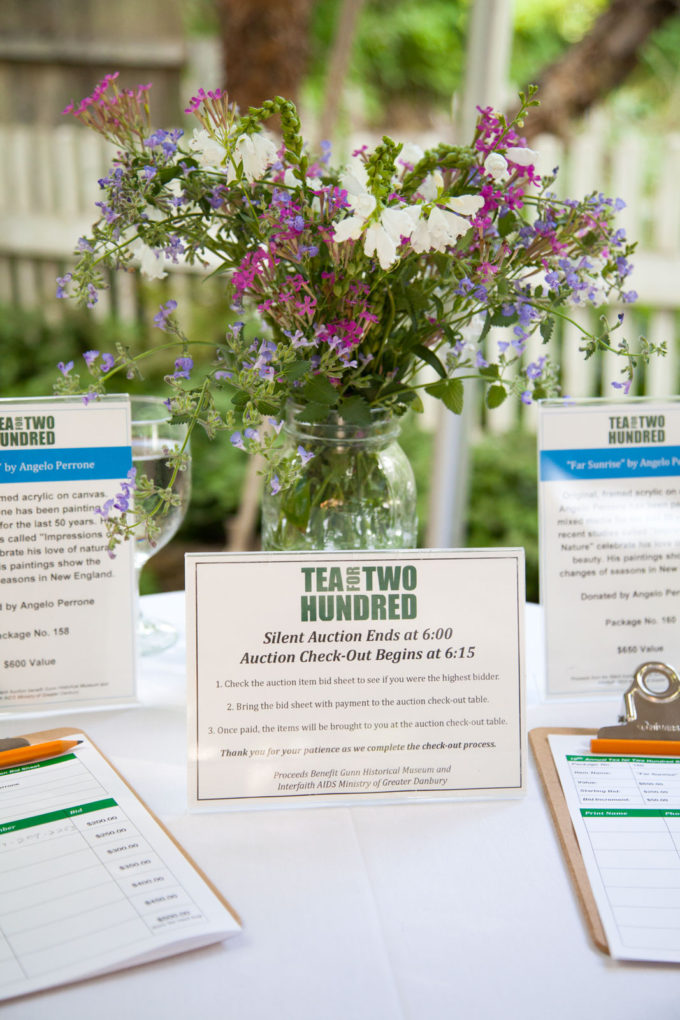 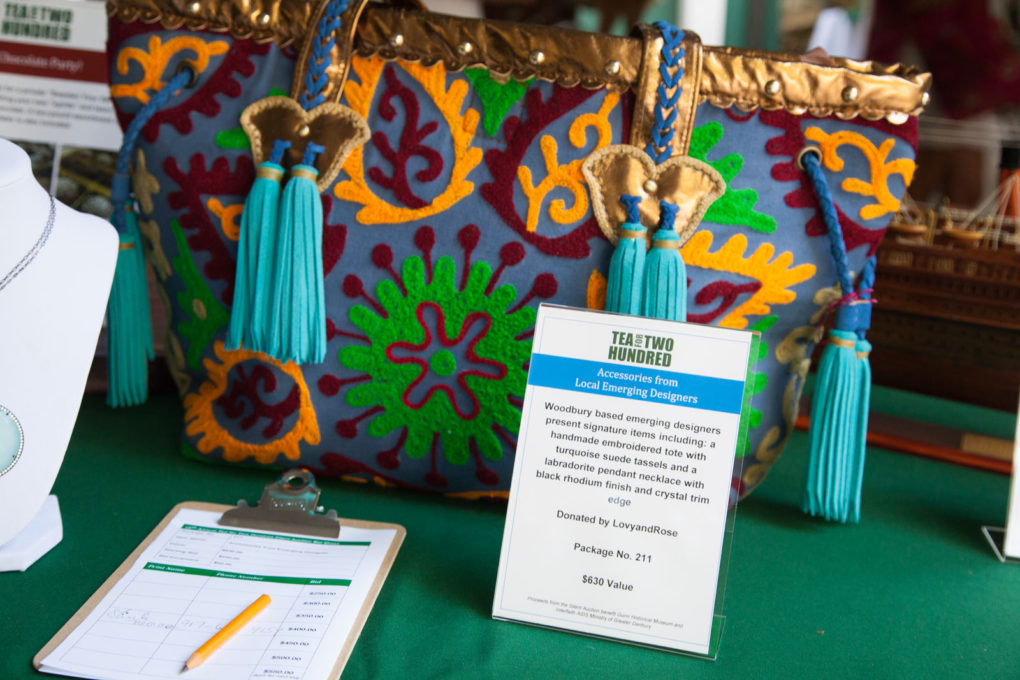 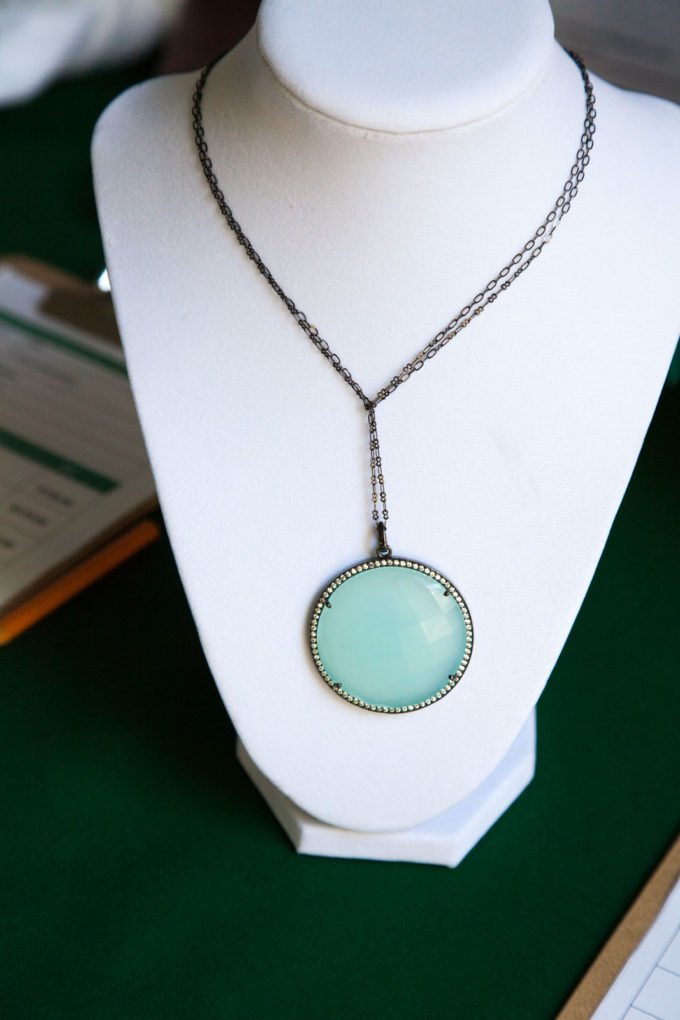 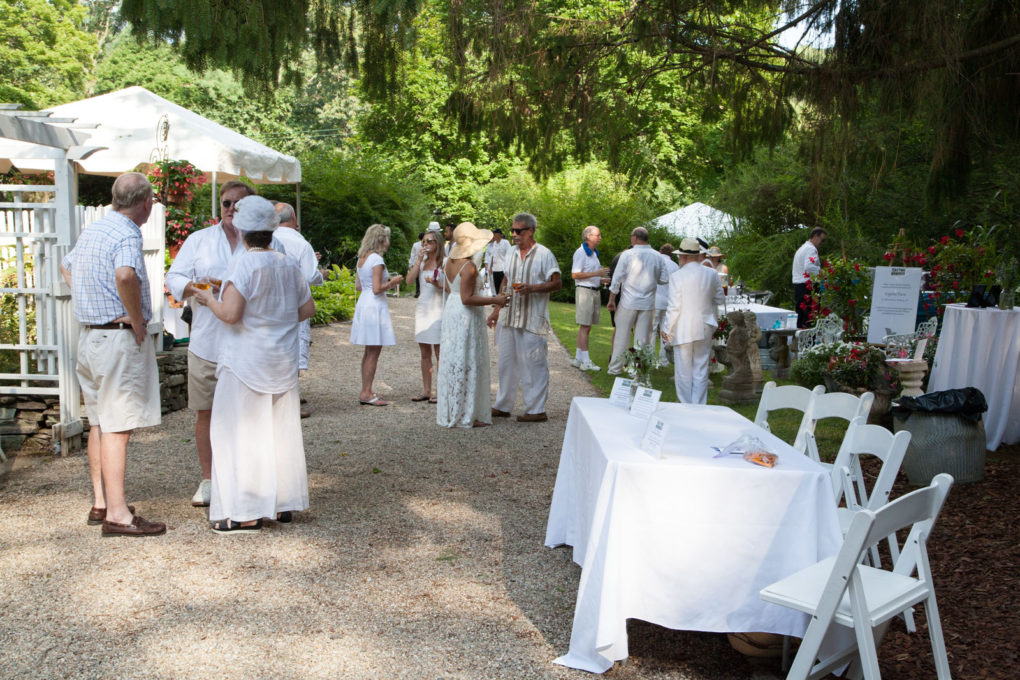 When we learned of the hat contest, we treated ourselves to some Ellen Christine Couture creations. We’ve been waiting for an excuse like this…and will continue to hold on to the hope of one day being invited to a Royal Wedding. Anyway, when an original hat is called for…we call Ellen Christine, our go-to hat friend! 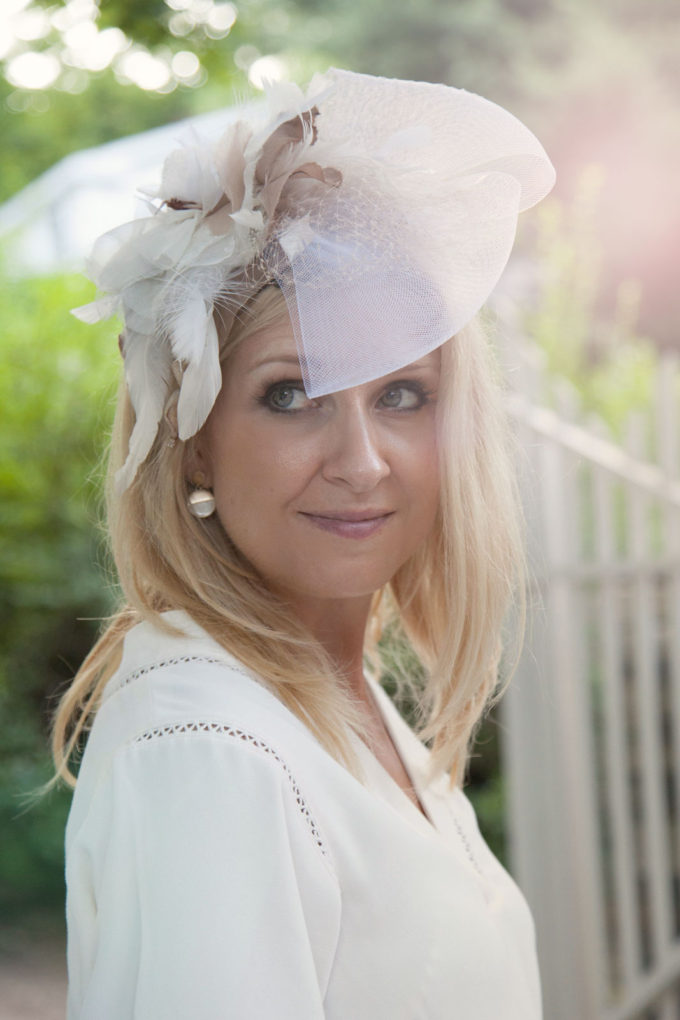 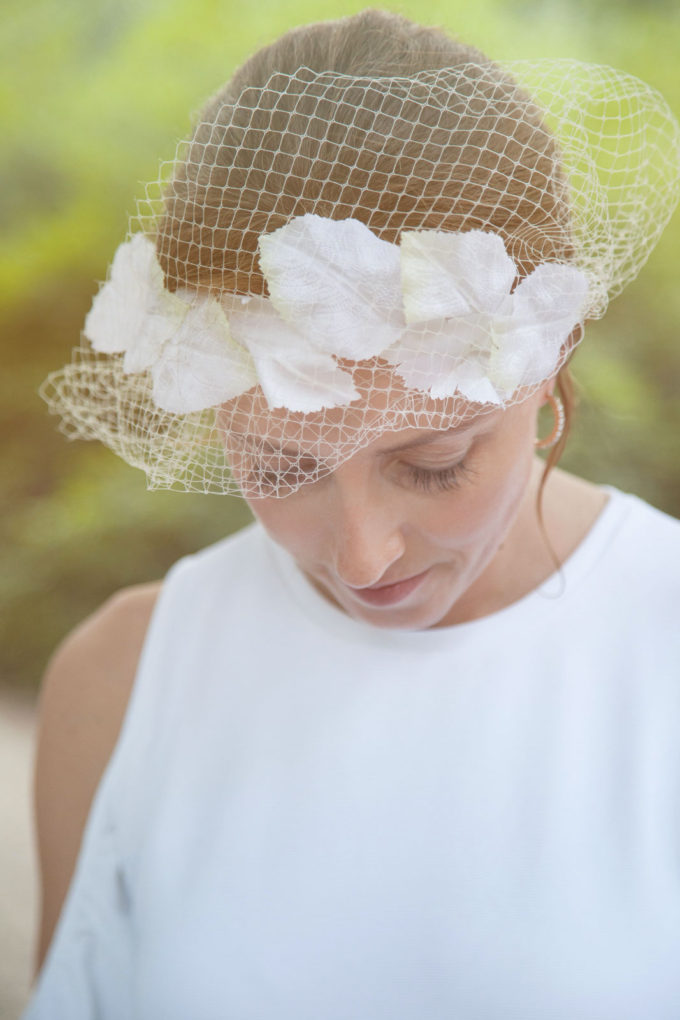 When the categories were announced, we decided to enter for “best hat couple” …figuring we wouldn’t win largest or craziest..and we are a blog partner couple of friends. Wouldn’t you know it (you don’t need to know how many other couples entries there were)….we WON our category! A lovely gift basket from The Smithy, thank you ver much! 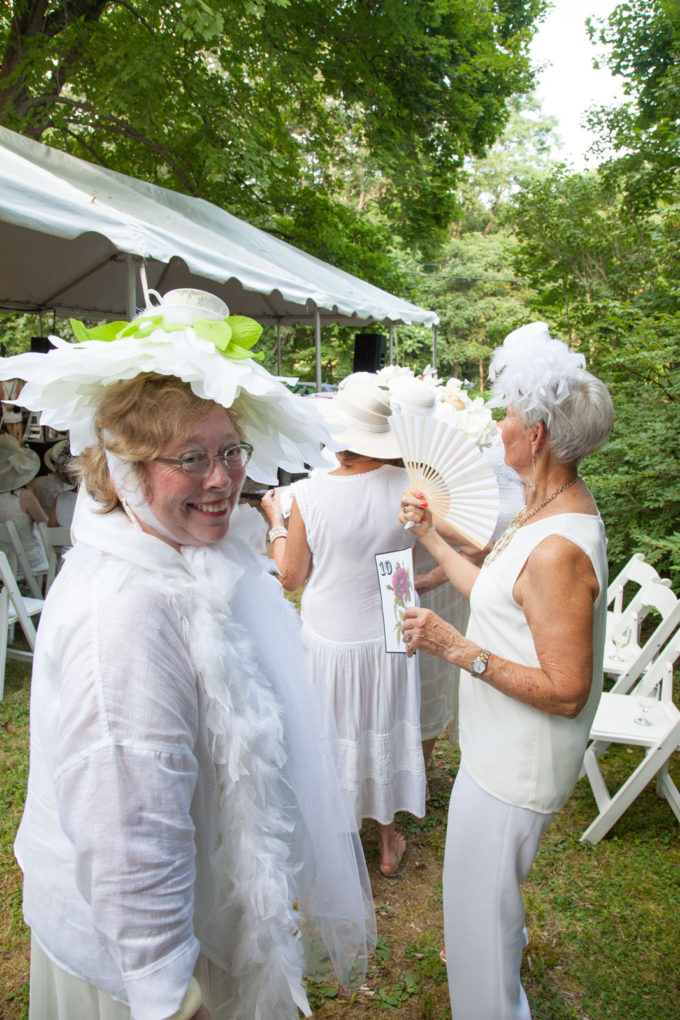 The contest – we’re already designing our hats for next year! 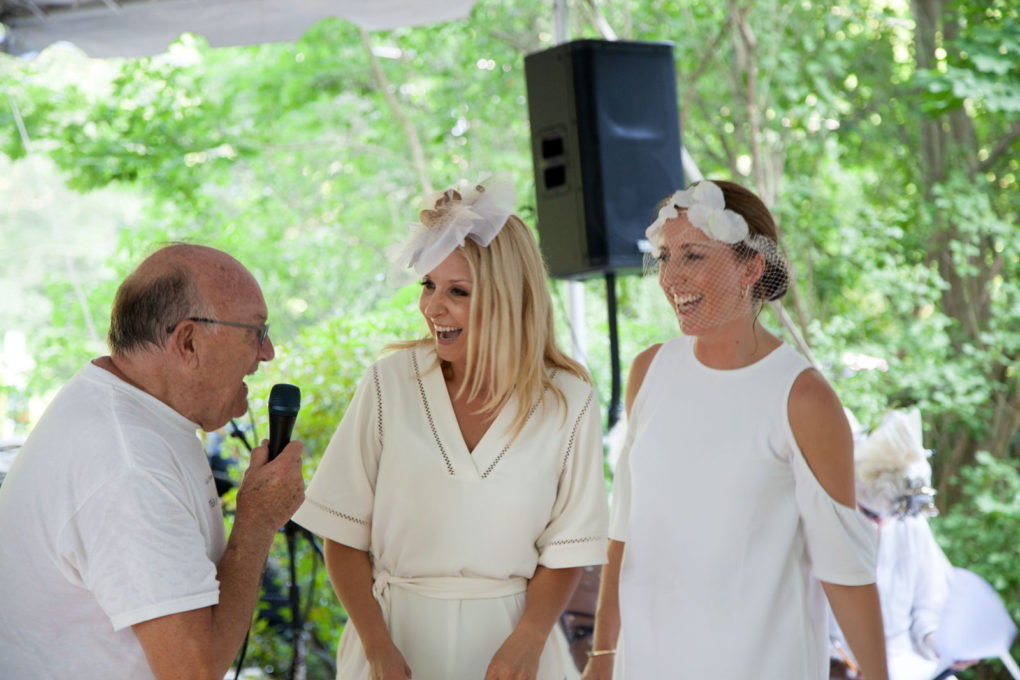 With one of the hosts of the evening, Gael Hammer. 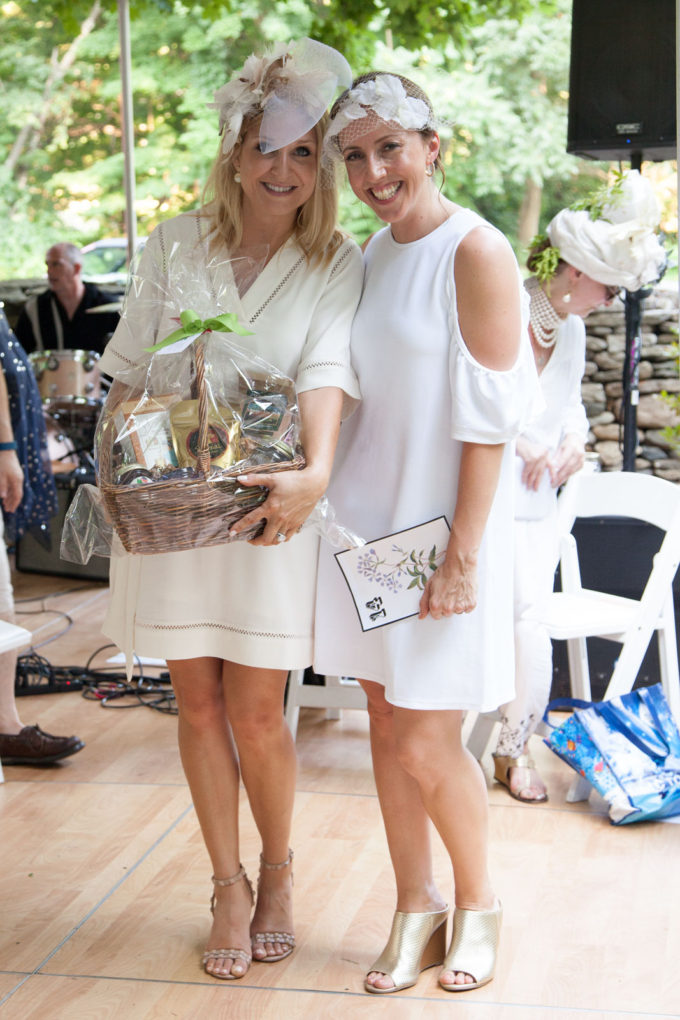 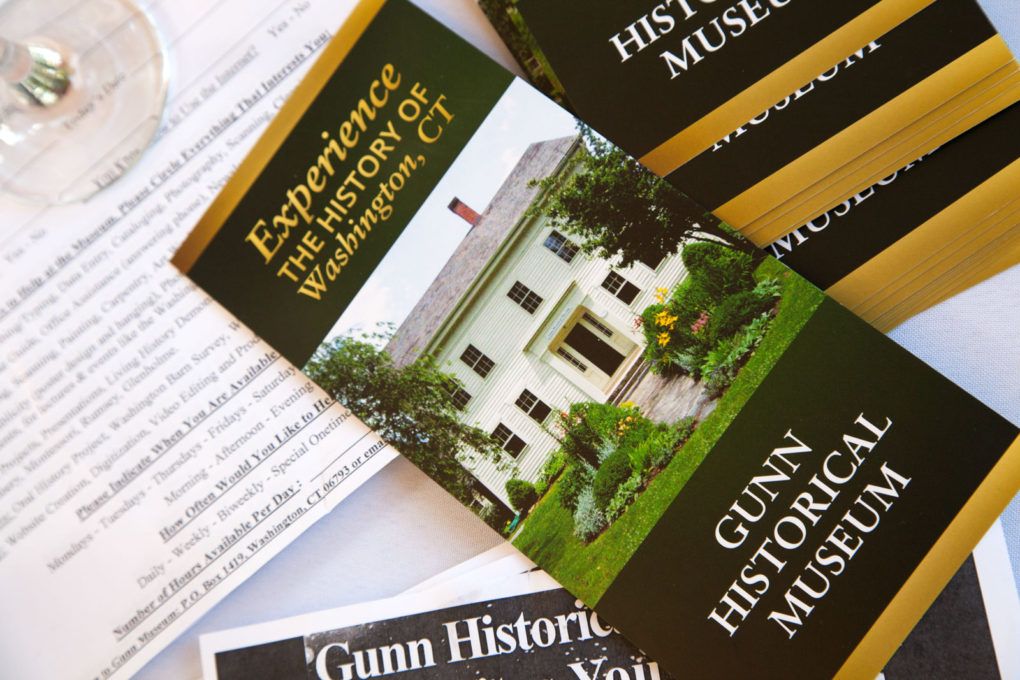 How did the Gunn Historical Museum become involved with Tea for Two Hundred?

This is a very nice story actually. In 2015, the Gunn Memorial Library and Museum Board decided to transition the Museum off into a separate 501(c)(3), with a goal of managerial and financial independence. The transition will take place over  a 3-5 year period, and fundraising, to become financially independent, is key.

The Museum has always been a part of the Library and thus was never able to do independent fundraising on its own. So, with the new transition plan, the Museum needed a fundraiser and we on the Museum Council (the group guiding the Museum to independence) needed to come up with a clever idea.

We had been tossing around any number of suggestions when I received a phone call one day in February from Gael Hammer, who has hosted the Tea together with his partner Gary Goodwin for what is now 19 years. He was calling to see if the Gunn Historical Museum might be interested in being the principle party that would put together the Tea for 200, in August 2015, together with the Interfaith AIDS Ministry of Greater Danbury; both of our organizations being the beneficiaries of this well-known and well-established fundraiser.

It was meant to be – we needed a fundraiser and out of nowhere, just at the right moment, came Gael’s phone call. We were very excited and honored to be asked.

What does the Gunn Historical Museum hope to do with the funds raised at Tea for 200?

The Museum will use this money raised by the Tea for operating costs. But even more importantly, it will establish that we are able to raise funds to over our budget and thus will be an important step forward in our goal to become managerially and financially independent from the Gunn Memorial Museum.

What kind of things does the GHM exhibit?

In October 2015, the Museum received a $100,000 grant from the state to create a permanent history of Washington exhibit. We are currently not open to the public while we are building this exhibit. So, as a consequence, we have taken mini pop-up exhibits out to the community.

Among other things, we have had the following pop-up exhibits in town:

We are currently working on a pop-up exhibit to celebrate the 275th Anniversary of the Congregational Church, which will open in the Church Parish Hall in September.