His name is Bond, Scott Bond…and he’s a celebrity hairstylist, living in Litchfield County on occasion – when he’s not jetting off to style hair in NY, LA, or London.

We drove to Goshen and knocked on his door one cold winter day not long ago, (we were invited, honest) and asked him to use his Edward Scissorhands on our mops.

Watch Scott in action, and check out the end results – we’ll call this episode of Unlocking Litchfield – “Lora and Bev get fancy new dos.”

Scott Bond is a multiple Emmy winner and nominee, has appeared on makeover segments on the Today show and The View, and has many more accolades. Read his impressive biography here.

Within minutes of entering Scott and Steven Miller’s home, I know Scott is already evaluating what he’s going to do to our manes. We had previously sent Scott a quick video so he could see our hair and how it moved –  the “consultation.” I told Scott he could do whatever he wanted color-wise (I’m that daring) but I wanted to stay long. Scott agreed that we were both long-haired girls and should remain so (phew) and that he’d be giving us a “just back from vacation” look today. Yes, please!

As our hair is pinned and painted, we grill Scott for which celebs he’s worked with. He shares with us those that he can. My favorite is that he colored Famke Janssen’s gorgeous red hair, from X-men fame. Impressive; that was a really great shade that helped to define Famke’s character, Jean Grey! I’m almost tempted to ask for the “Famke” next time. 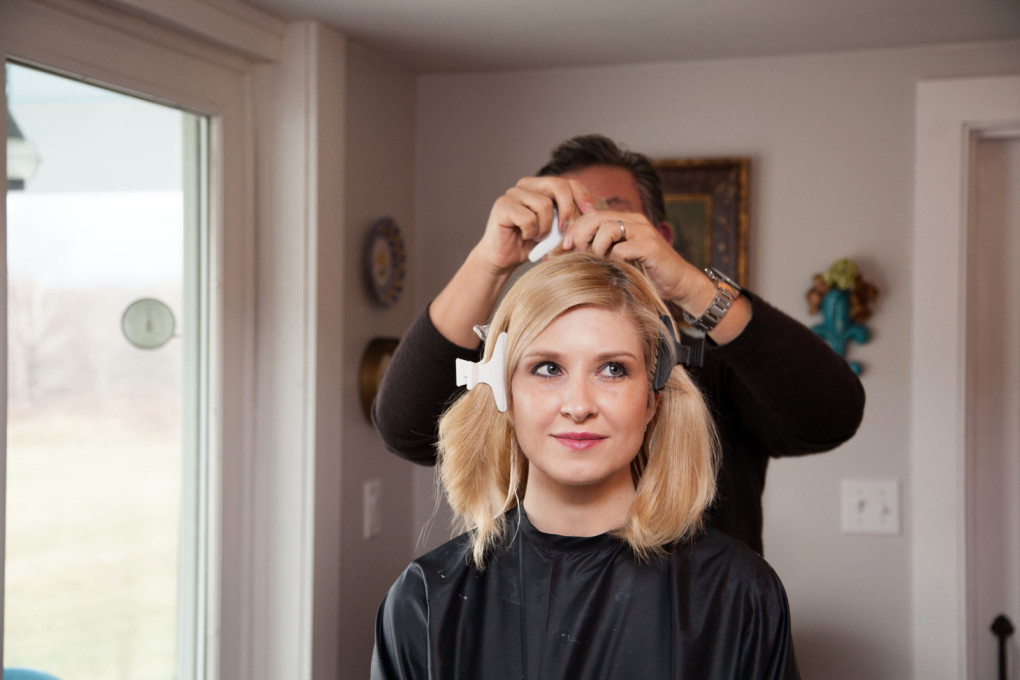 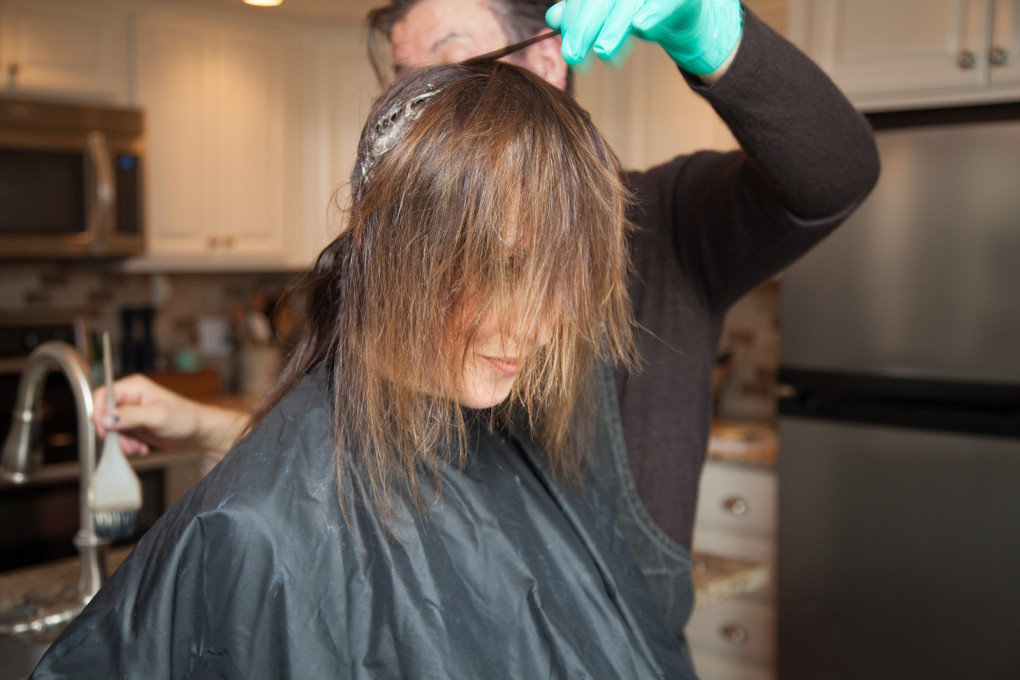 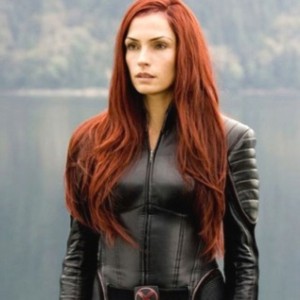 Scott tells us that was some time ago, and many cool things have happened since; including becoming an independent stylist, who travels to the homes of his clients (or they can come to him), Meredith Vieira and Hope Davis among them.

Scott also created his own line of hair care and body wash, which can be bought online or locally at the Housatonic Trading Company (home of our favorite coffee shop, Cafe 202, and a place we really must show you around soon!).

KNOW Hair and Body – luxury low toxic products for hair and body. KNOW what you’re putting on your body, and contains NO formaldehyde, no petrochemicals, no sulfates and nine more things that I had no idea were IN my regular store bought products! Switching. 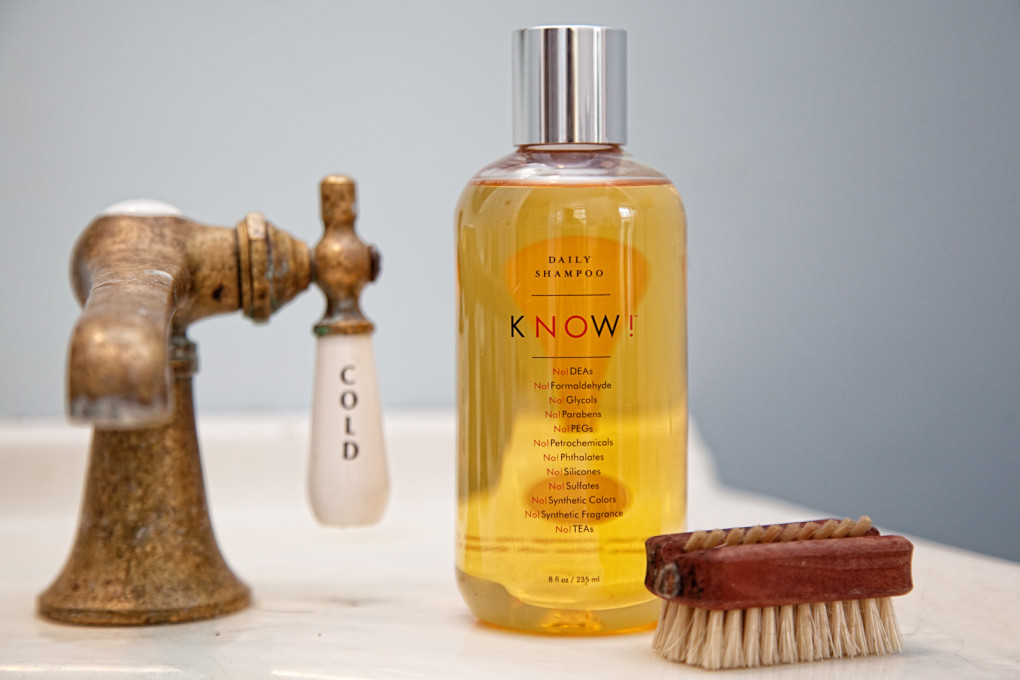 (Can I just say how impressed I am at how Lora captures these shots?! It’s like it should be in a glossy magazine!)

Scott and his husband, artist Steven Miller, recently purchased the beautiful house we’re in; a Colonial, built in 1825. We tour their home while waiting for our color to set, almost getting lost in the maze of rooms attached by secret staircases. 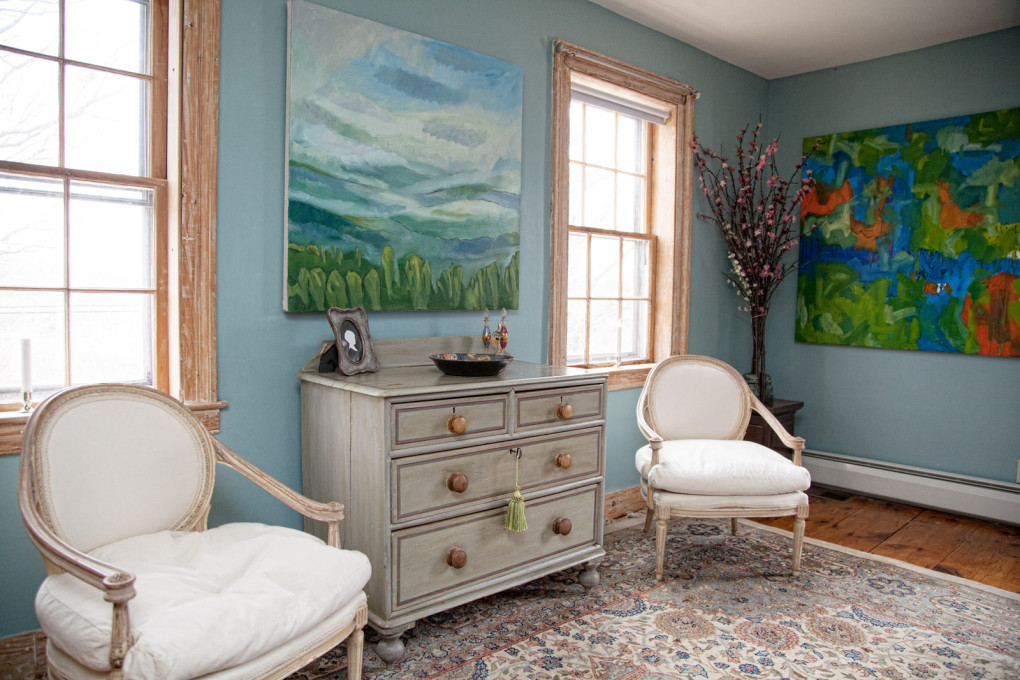 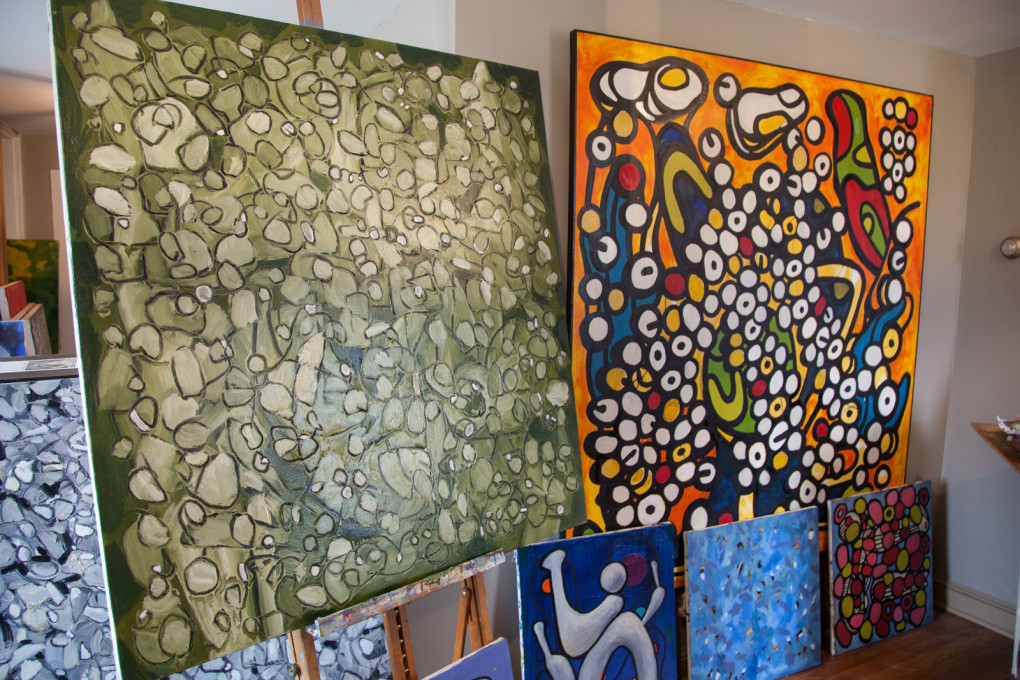 If Lora were an artist, her “station” would look very much like this. Steven and Lora are kindred orderly-spirits. 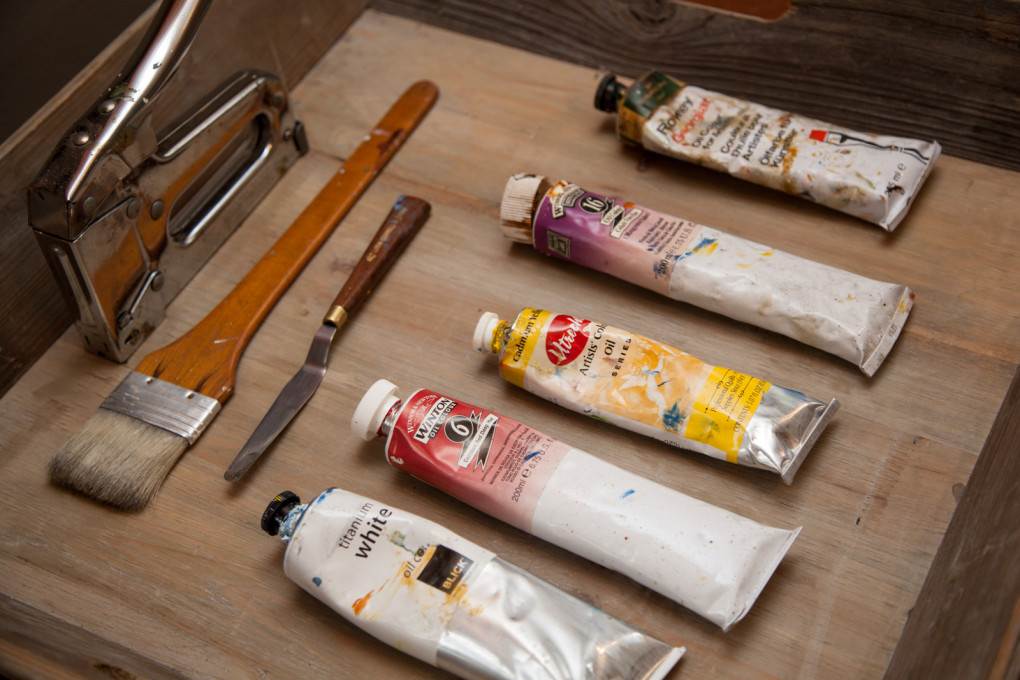 Back at the sink…Scott rinses us out as he tells us stories of his beginnings at Frédéric Fekkai in Bergdorf Goodman and his various career advancements leading up to today.

After some expert snipping, blow-drying, and primping of hair, we have the big reveal!

The “just back from vacation” look. 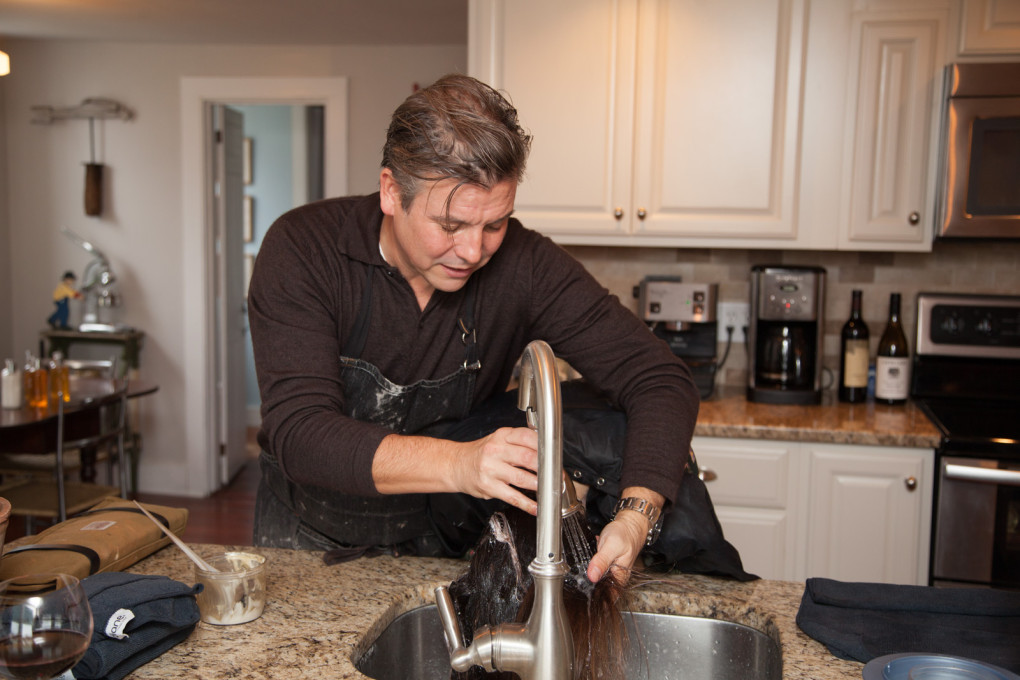 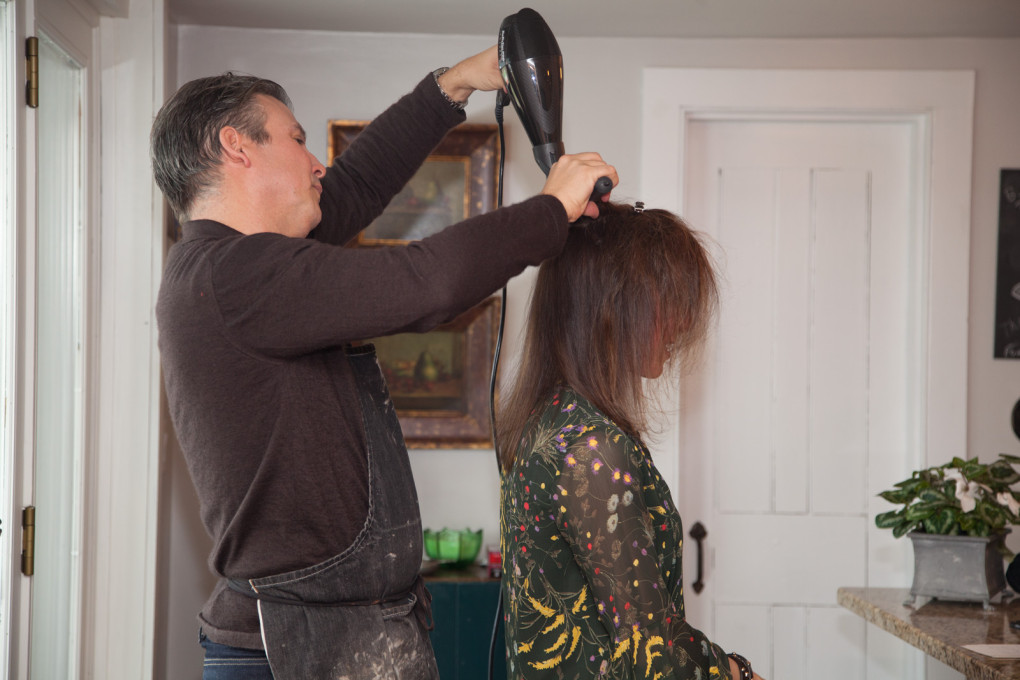 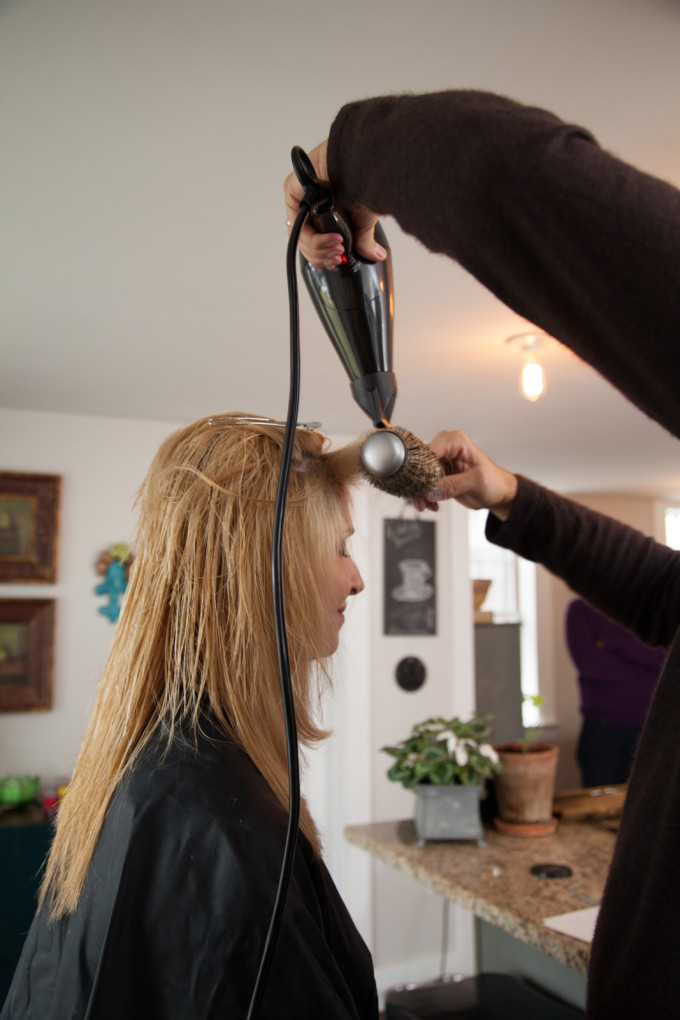 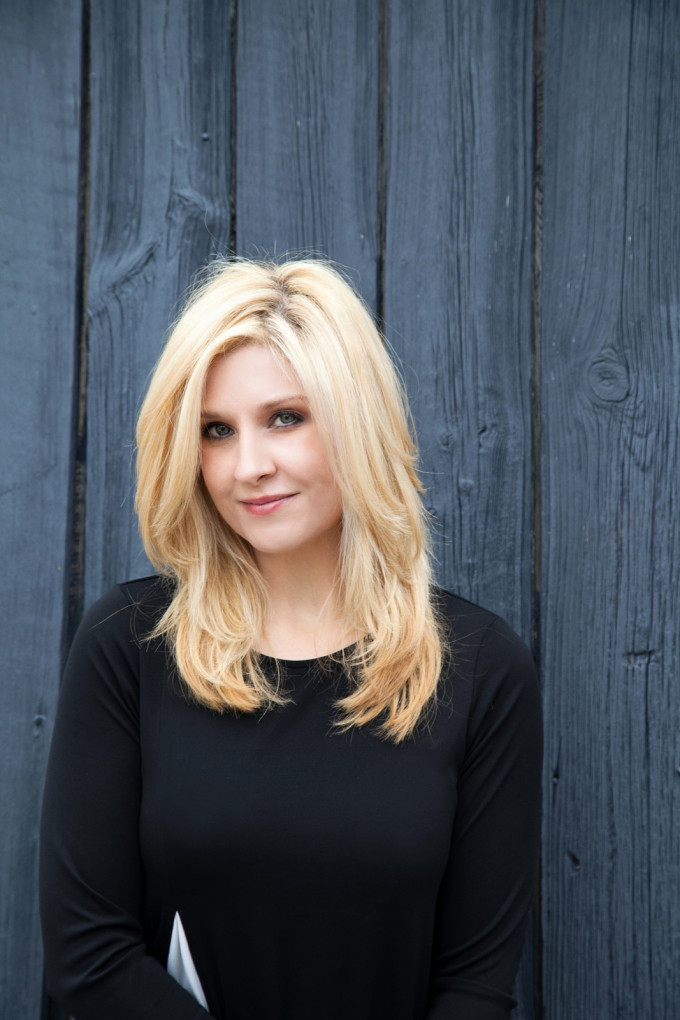 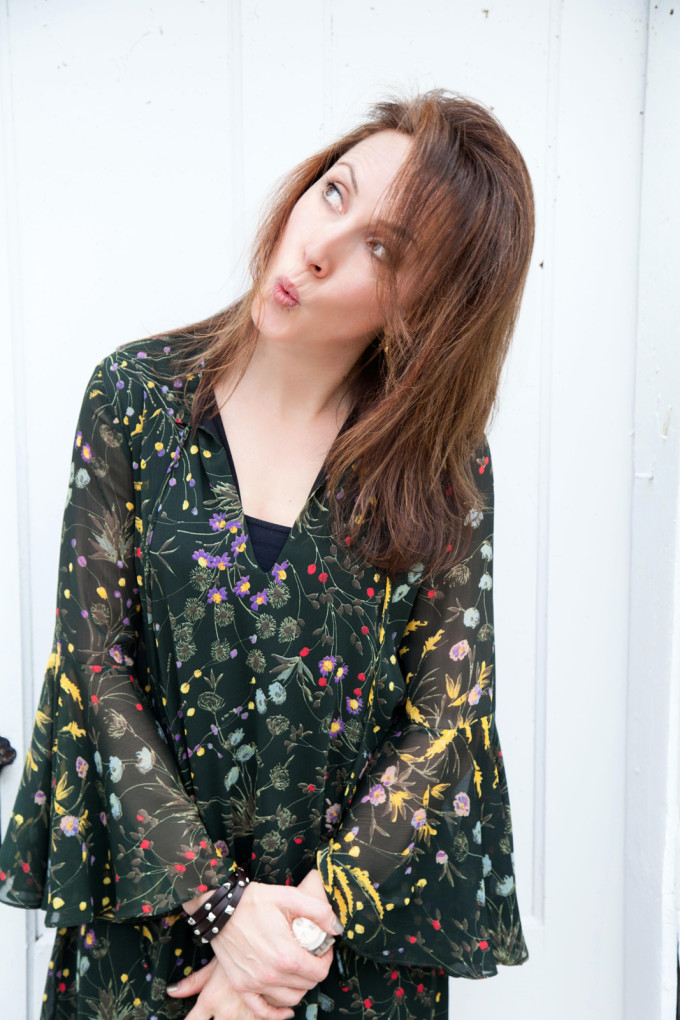 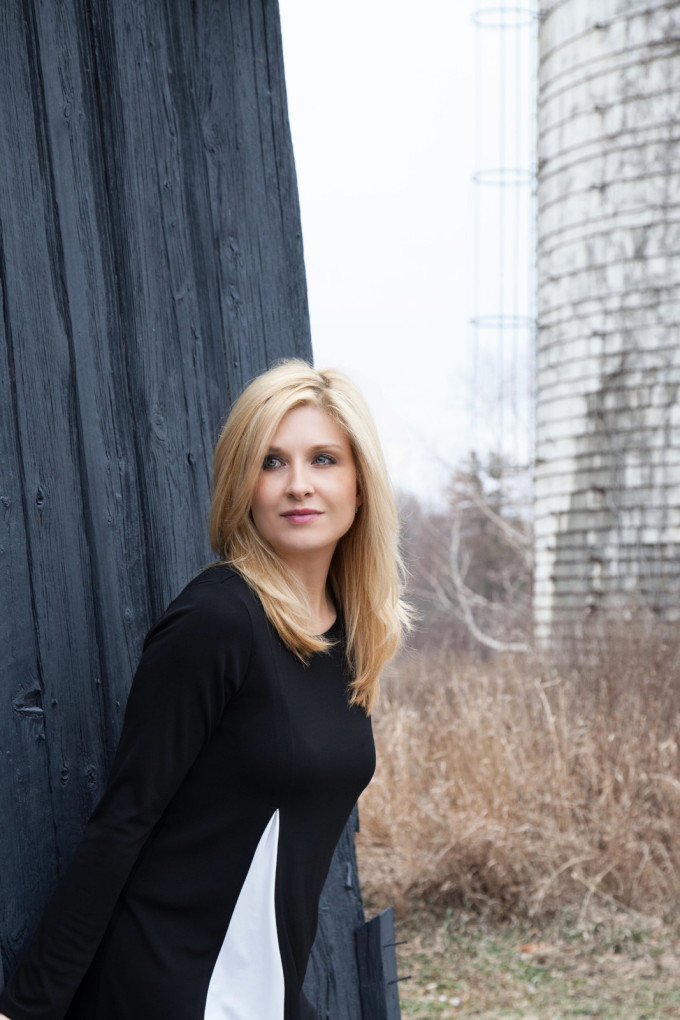 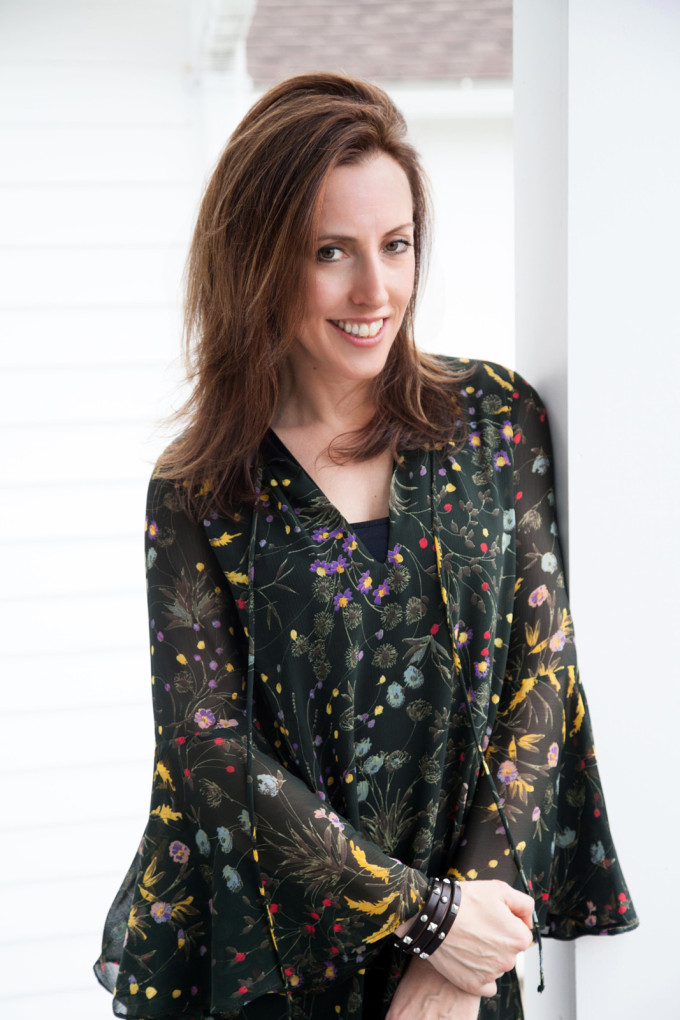