Bev here! I can’t write about Buck’s Rock Performing and Creative Arts Camp in New Milford without making it personal. This camp changed my life; as it has done for so many, if not all, who pass through this very special place. It’s the place that I met my husband and the place that I’m proud to still work to this day. Here’s the short(ish) version of how I ended up here…

Buck’s Rock Camp brought me to America 23 years ago (I want to add that I was 2 at the time, but I won’t, I’ll fess up to being all of 19 years old). I had always, ALWAYS wanted to come to the US (in fact, when a dear family friend eventually heard that I was moving to the US permanently, he said it didn’t surprise him,“Beverley was always an American waiting to happen”). When I saw a post in my college lounge about working in a summer camp in the US, I convinced my best friend to apply with me and so we did.

We initially chose Buck’s Rock by flipping through a catalog provided to us by BUNAC, an agency that helps international students gain employment at summer camps in the States, along with assistance in obtaining visas and flights. We chose Buck’s Rock because a) it had Performing Arts in the title and I was big into dance, and b) it said they hired over 200 staff – we wanted to meet as many people as possible!

There were no Skype interviews back then, I just filled out an application, wrote a mini-biography about myself (not so long at age 19), and stuck my photo booth photo in the corner. I can distinctly remember my friend and I excitedly putting that envelope in the mailbox in the center of Glasgow (Scotland), hoping for the best. That would be one huge destiny moment.

Nowadays potential international staff members have to make a short self-promoting video. I thank my lucky stars I didn’t have to do that back then; I was shy and hated any kind of camera attention. Thanks, America (and mostly Lora), for knocking that right out of me! Anyway, Buck’s Rock chose us back, and before we knew it I was at the airport, headed for CT.

Buck’s Rock Work Camp, (original name) was founded in 1942 by Dr. Ernst and Ilse Bulova who had come to the US having escaped a Nazi occupied Germany. Both had studied under Maria Montessori and believed strongly in an education method which allows children to freely explore without timetables and regime. 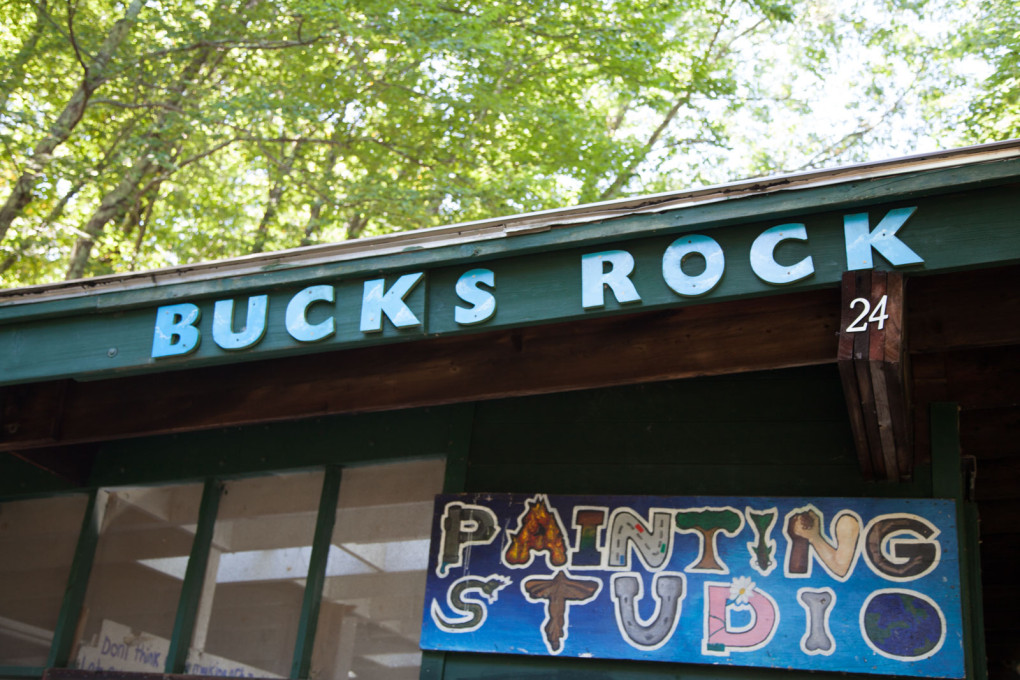 Whenever I’m asked to explain what Buck’s Rock is all about, my go to is that we’re a “non-traditional camp.” Campers make their own schedules, working in shops and studios for as long or as little as they like. This kind of freedom lets campers figure out what they’re truly interested in. 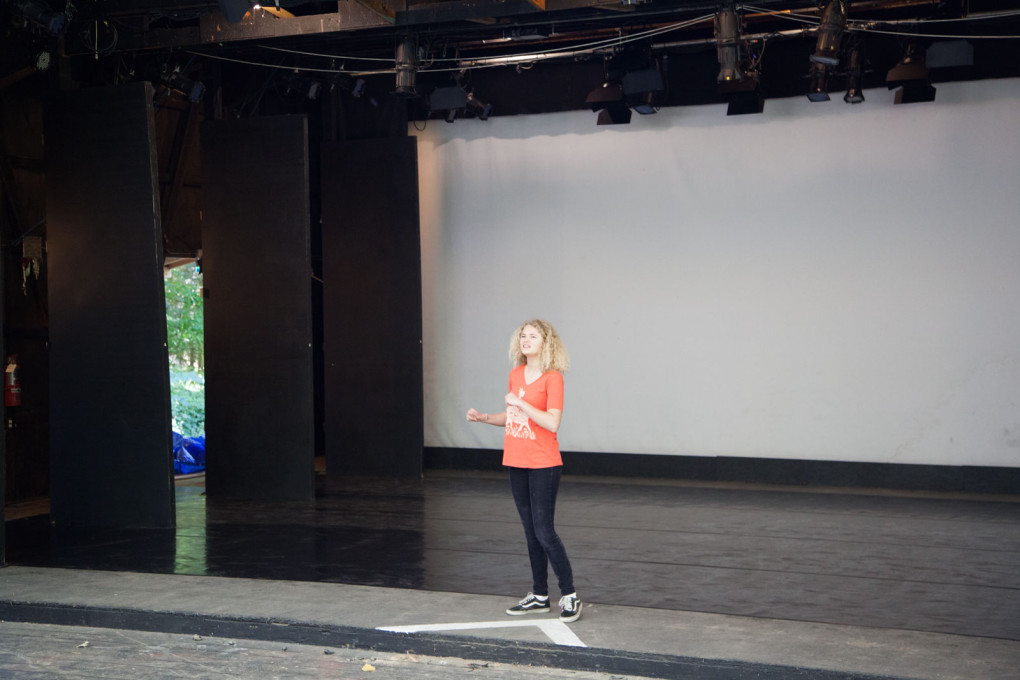 Socially, Buck’s Rock is a place where you can feel completely free to be yourself, or even re-invent yourself if you want. You can be as “weird” as you like, as artistic, as silly, as “out there,” as open. Fill in the blank; you can be whatever you want. Everyone is celebrated and encouraged. For me, this was the first place I felt I could be my real self, without (possibly self-imposed) social constraints and expectations. 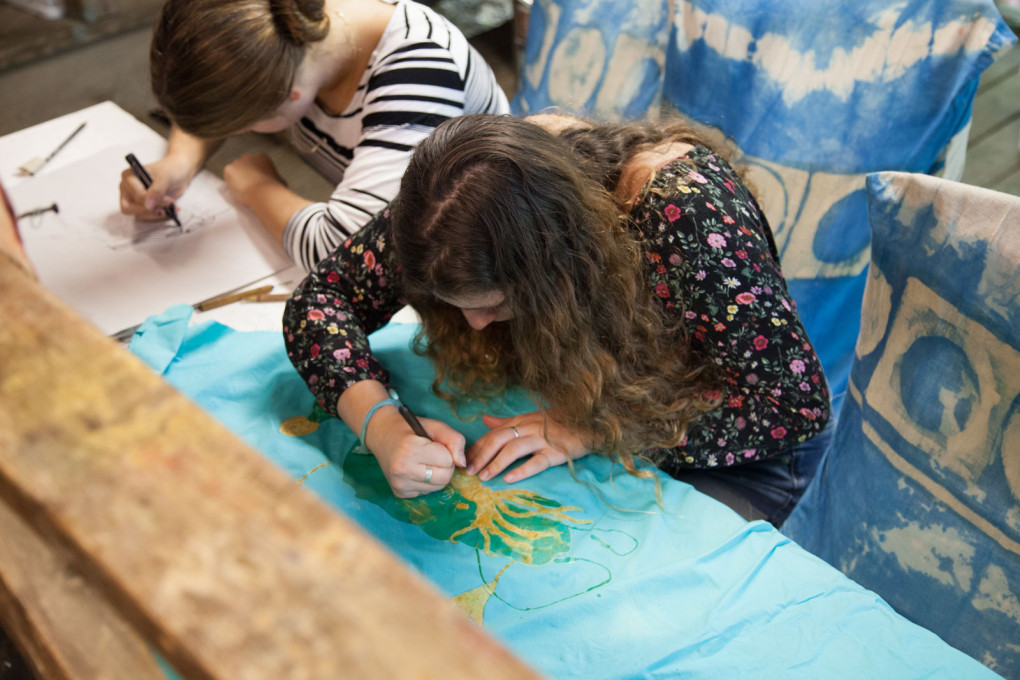 I have seen Buck’s Rock work its magic on campers and staff alike over the past 24 years. I love witnessing the success stories of campers who were really shy or homesick, sticking it out and flourishing, often to return year after year and in some cases eventually returning as staff. 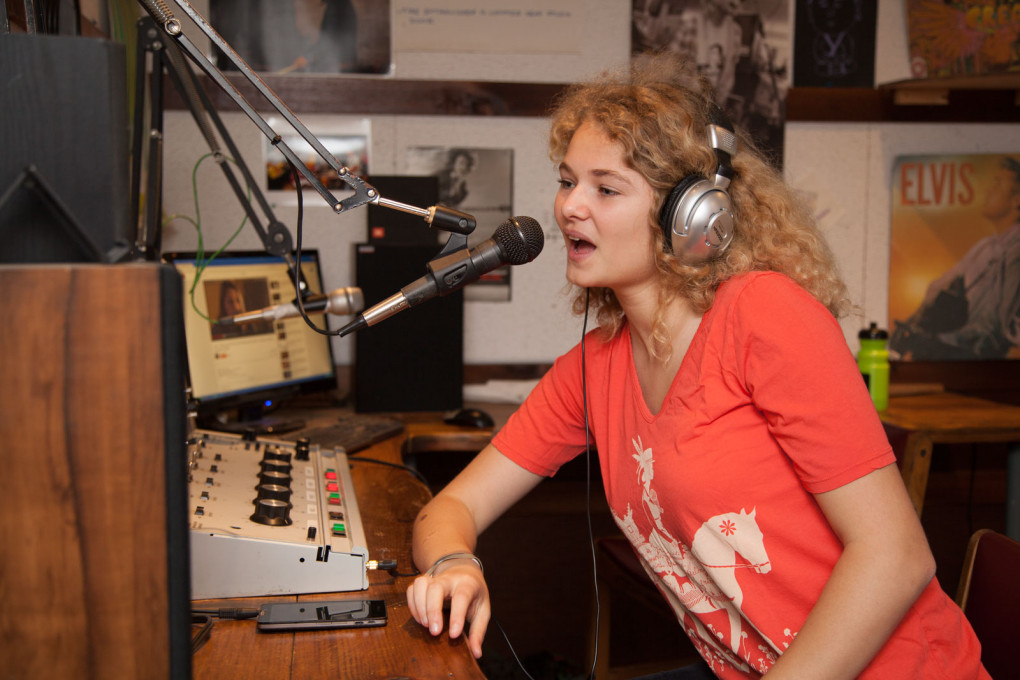 I love seeing campers who have found their passion, going on to make careers out of whichever art form they discovered and developed at Buck’s Rock. And I’d be lying if I said I didn’t get a thrill out of seeing some of these campers making it in the entertainment industry…here comes some shameless name dropping, and I’ll only drop a few – Matt McGorry (best Instagram account ever) Elle King, Paz de la Huerta, Vampire Weekend, Ezra Miller, Speedy Ortiz, Myq Kaplan (Even Lora’s co-worker David came here in the 70s). 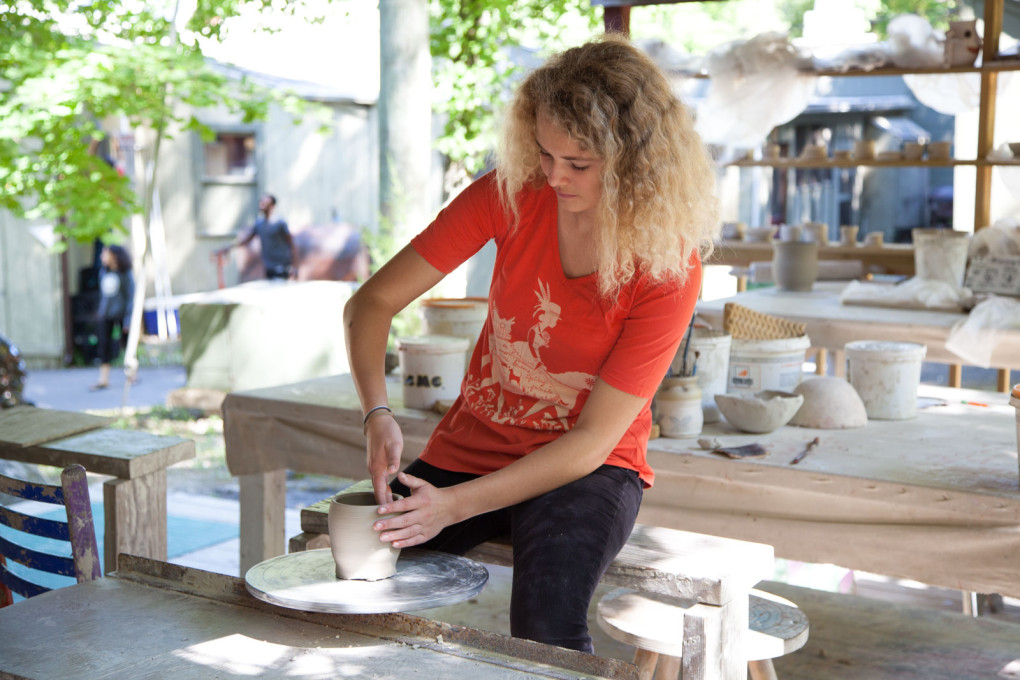 Noah and Smadar Salzman are the new Owners/Directors/Guardians of Buck’s Rock Camp. Noah came as a camper in the 80s (before my time 🙂 and was badly bitten by the Buck’s Rock bug…so much so that he spent the rest of his life on a path to getting back to BR. Noah and his wife Smadar took over ownership of Buck’s Rock in 2016 and can’t wait to keep Ernst’s vision and the magic of BR very much alive!

This place is amazing; give us a shout if you ever want a tour!

Thank you mini-me’s Antonia and Charlotte!